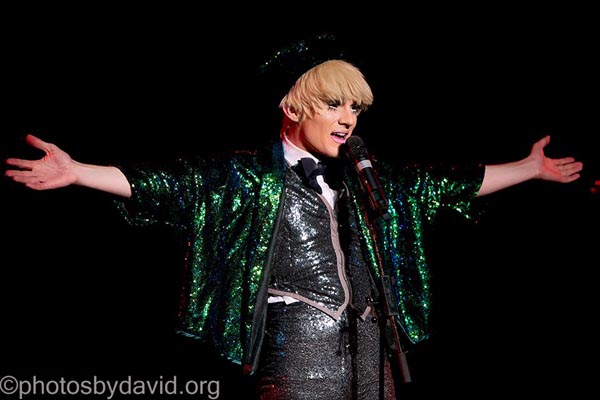 FRESH from his second run in Adelaide Fringe, Australia, Alfie Ordinary brings his 5 star rated solo show Help! I Think I Might Be Fabulous back to Brighton Fringe to the Bosco Theatre at Brighton’s iconic Spiegeltent.

Alfie Ordinary started his journey four years ago when he won the International Touring Bursary awarded by The Pebble Trust at the 2016 Brighton Fringe. He then took the show to Amsterdam Fringe, then on to Hollywood Fringe, where he picked up TVOLUTION.COM’s Best Solo Show (Male) award and was nominated for Best International Show. He continued on to San Diego Fringe, where he received the Outstanding Artist in a Comedy award.

Then last year, Alfie took his show to Australia to Adelaide Fringe where he won the Pick Of The Fringe weekly award and received more 5 star reviews.

Brighton based Alfie is listed as one of the top 20 UK drag acts by Hiskind Magazine and has worked alongside International performers such as David Hoyle, Courtney Act and Coco Peru. Last summer saw Alfie supporting RuPaul’s Drag Race winner Jinkx Monsoon on her headline UK tour.

“Dazzlingly sequinned from head to toe”

In Help! I Think I Might Be Fabulous, Alfie, the son of a drag queen, identifies as fabulous, and is proud of that.

In this debut solo show, he tells us of a camp queer utopia, Madame LeCoq’s Preparatory School For Fabulous Boys. With confetti cannons, live music and puppetry, Alfie challenges the norm, questions what it really means to be a man, and presents a world where equality truly exists. All with the help of Whitney Houston, The Village People, Bette Midler and more.

Set in a camp, queer utopia with the soundtrack of the Village People, Whitney Houston and the Sugababes, this coming of age story in drag will leave you feeling FABULOUS!

A superb display of intellectual flamboyancy….. The Adelaidian

Dismantles the patriarchy one rhinestone at a time….. Broadway Baby

Event: Help! I Think I Might Be Fabulous by Alfie Ordinary