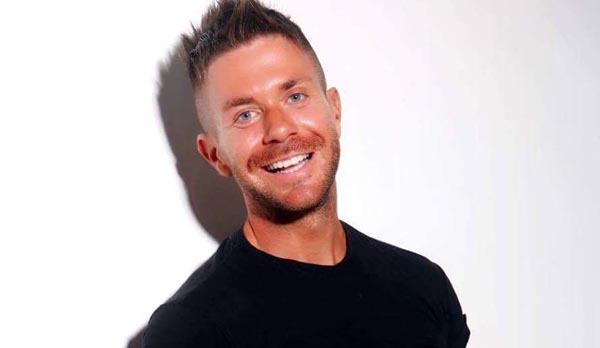 Matt Rood has lived in Brighton for the last fifteen years. His job is his passion. He’s a dog walker and trainer and has his own company called ROODDOG. His other passion is fitness and he goes to the Underground gym in Brighton five or six times a week.

The last two years have been an emotional journey for Matt following the breakdown of his marriage. A friend came across the competition for Mr Gay Europe and encouraged him to apply.

Matt said: “I’m a very enthusiastic guy and love setting myself new challenges so I went for it. I hired the best personal trainer in town Sam Bird to help keep me focused and positive enabling me to be successful and reach my goals.”

A formal interview with Stuart Hatton former Mr Gay World 2014 followed, then a cv round, a photo round and two Skype interviews with the board of directors of Mr Gay Europe. He completed each round successfully and was awarded his new title, Mr Gay England.

The Mr Gay Europe competition takes place in Stockholm, Sweden from August 1-6 when Matt will be competing against contestants from fifteen other countries.

Matt’s campaign for the competition is called Pride Families. For three years he was a foster carer and helped ten children. He wants to use his new title as Mr Gay England and his experience as a foster carer as a platform to promote awareness showing that LGBT+ people can adopt and foster children providing them with loving, safe and nurturing homes.

He added: “I’ve linked up with a local school too, as I believe the only way to combat discrimination in future generations is to work with children and teach them through respect, happiness and love for each other.”

Voting for Mr Gay Europe goes live on July 17 and you can vote online until August 4. Matt needs your votes as this counts for 20% of his final marks. Most importantly you can vote everyday the online voting is live to get a campaign going for him.

Matt concluded: “This has definitely been a whirlwind journey so far. I am loving every minute and I know if I win Mr Gay Europe the hard work starts there. I have the passion, motivation and drive to be a positive role model for our LGBT+ communities. So please vote for me.”

To vote for Matt and bring the title of Mr Gay Europe to Brighton, click here:

You can vote each day as Matt’s campaign gathers speed.