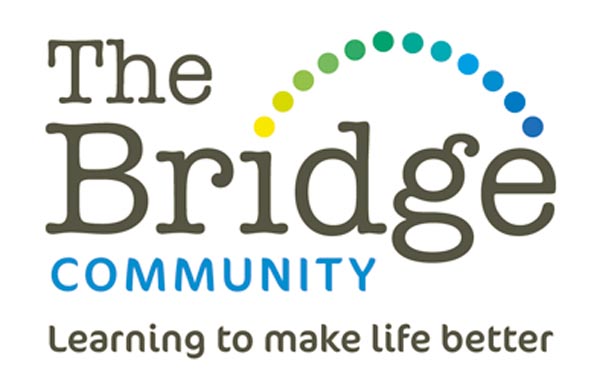 The Bridge adult community education centre in Moulsecoomb has closed due to financial reasons.

THE CHARITY, on the site of the old Falmer High School, has been an advice centre and route back to work for people living in Moulsecoomb and Bevendean for more than 20 years.

The trustees issued the following statement: “It is with great regret that we have to inform you that the Bridge is to close for financial sustainability reasons.

“Several major steps have been taken over the past year and a half to make the charity resilient in an increasingly austere economic environment.

“We have revised and reduced our overhead base, invested in fundraising and commercial capacity, developed our trading subsidiary into a contributing asset and formed a range of partnerships with both public and third sector bodies which has significantly elevated our reputational standing within the sector and enhanced the quality of our work.

“Indeed, the current board of trustees turned a significant loss two years ago into a surplus the following year.

“From January this year, our Information, Advice and Guidance Service (IAG), which is a core aspect of our work, has been increasingly unsupported by grant income and has been kept in operation through our unrestricted income streams.

“This has put pressure on our cash reserves to the extent that the directors are no longer able to declare the charity a going concern.

“We are proud of the support that we have provided over the years to the local community.

“Indeed in 2017, 1,100 support sessions were delivered by our advisers and 575 people were supported through our IAG interactions.

“In partnership with further education providers, we provided over 120 courses and learning programmes and delivered over 1,800 learning hours with 800 enrolments.

“Our volunteer-delivered literacy programme addresses needs of adult literacy learners in Brighton and Hove who are not yet ready for engagement with mainstream provision.

“As such the programme bridges a significant gap and provides unique progression pathways.

“In short, we are clear that the Bridge still has an important role to play in the community by continuing to provide a high-quality, agile and genuine response to those with significant barriers to engaging in mainstream services.

“We are thankful to our partners and funders for the support that you have offered the Bridge over the years and treasure the trust you have put in our services’ ability to meet the current needs of our local communities.

“It is with great sadness that we are unable to sustain the centre’s operations.”

Convenor of the Green Group on the city council, Cllr Phélim Mac Cafferty, commented: “Greens are deeply saddened to hear of the closure of one of the city’s most important community centres – the Bridge, in Moulsecoomb. The Bridge was able to help people we as a council or the other authorities couldn’t – and it’s a huge blow to residents, particularly in Moulsecoomb and Bevendean, who will now lose a space known for its welcoming and inclusive work. The Bridge offered over 120 courses, back-to-work support, literacy for adults and a hugely successful volunteering programme. It equipped some of our most vulnerable residents with the skills and motivation to turn their lives around.

“For such an important community hub to fold under Labour is a disgrace. But sadly it’s not the first – had there not been the spotlight of East Brighton by-election we would have lost the Whitehawk Inn too. Labour is notionally committed to the “pivotal role of the community sector” in the Fairness Commission; but how many community organisations must we see go to the wall under the Labour Council’s watch?

“Sources of funding are disappearing at an alarming rate under the Conservative Government’s relentless austerity programme and my fear is that without additional support, more community groups in our city will fail.

“Greens in power did everything we could to keep the Bridge viable – working with the Albion and others to keep it running for the community. Why didn’t Labour? New leader of the local Labour group, Cllr Daniel Yates, has claimed recently he wants to listen to the community – but the Bridge is in his own ward. We urgently need answers on how Labour is going to support our key community organisations into the future.”

Cllr Daniel Yates the new Leader of the Labour group of councillors and Leader in waiting of the city council responded, saying: “Now isn’t the time to be creating a blame game. The Bridge is a crucial parts of my community and the services it offers to residents in Moulsecoomb and Bevendean communities as well as across the city make a real difference to their lives every day. As local Councillors we know the efforts that the trustees, volunteers and staff have made to keep The Bridge running as well as the very great support it has received from funders. The Bridge is currently looking at how some of its funded work, such as financial inclusion work, can continue to be delivered through other local community resources such as our food bank and library.

“I have already been talking to other similar services across the city, as well as residents, who are committed to finding ways of continuing to deliver the services in new ways and through different approaches.

“The City Council has also been working for some years to find a new permanent home within Moulsecoomb for The Bridge and proposals for a community hub for Moulsecoomb and Bevendean are hopefully coming forward later in the year.”