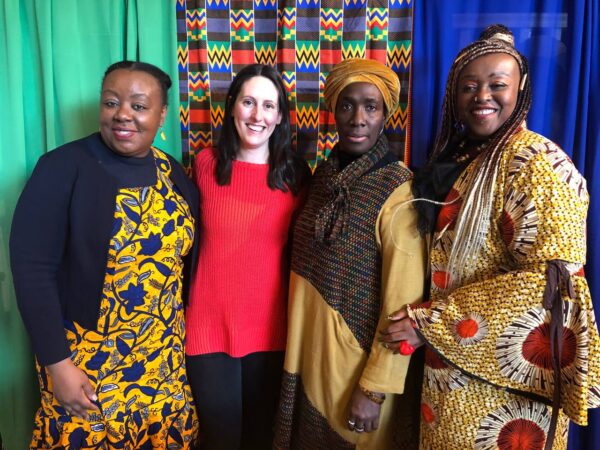 This year’s theme for Black History Month was Time for Change: Action Not Words – an opportunity to reflect and consider what actions we are taking and what we need to implement going forward to stand against racism and effectively address health inequalities.

Over the past year, HIV and sexual health charity Terrence Higgins Trust (THT) has been collaborating with African Families in the UK (AFiUK) to raise awareness of HIV and break down the stigma associated with it. Funded by Oxfordshire County Council, the Breaking Barriers project worked with women of African and Caribbean heritage to produce six multilingual videos about HIV testing, how HIV has changed over the years and the impact of stigma.

The aim of Breaking Barriers is to challenge ‘top-down’ approaches to health promotion, which position organisations as the ‘experts’ and the communities they work with as a passive audience. According to THT, this approach is flawed because it “often focuses on HIV prevention through behaviour change – shifting the responsibility for change away from organisations and placing it directly onto individuals”.

Nicole Jameelah Shodunke, founder of Transition Lighthouse and part of the Breaking Barriers project team, shared her frustration: “We are tired of organisations coming in, telling us that we have problems, doing research on us, and then disappearing.’

Breaking Barriers “values lived experience and is rooted in foundations of trust and meaningful participation”. Close collaboration between THT and AFiUK enabled that trust to build; Dianne Regisford and Nicole Jameelah Shodunke were the bridge that connected THT with the community, and opened a safe space for discussion about sensitive topics.

THT hosted focus groups and one-to-one interviews with 23 women of African and Caribbean heritage to identify structural and social barriers that may prevent access to HIV and sexual health services.

The findings from these discussions included a perception that HIV was ‘a thing of the past’ or something that doesn’t affect people in the UK. Other issues discussed included being targeted by ‘problem-focused’ health campaigns, language barriers, trauma relating to lived experience of HIV and AIDS in the ’80s and ’90s. Distrust in services was also a significant barrier, which was often deriving from colonisation, white saviourism and inequality.

Breaking Barriers is centred around meaningful participation. Throughout the project, THT worked closely with those who participated in focus groups or interview and hosted regular feedback sessions.

During these sessions, the charity discussed the key findings from the research, ensuring they were interpreted and relayed accurately and fairly, as well as exploring what the videos would focus on, who would feature in them, and where they would be used.

THT agreed videos should acknowledge past lived experiences of HIV and AIDS, showcasing the different ways to test, raising awareness of prevention methods such as pre-exposure prophylaxis (PrEP), and challenging HIV-related stigma.

Taiwo Oluwatuyi shared her experience of taking part in Breaking Barriers: “It was an amazing programme. I thought HIV was something that was in the past, I didn’t know people were still affected by this.

“I really got a lot of value from this project because now we know that HIV has changed. We used to think that when someone had HIV it was the end of their life but now it can be managed with medication.

“I’m very happy to know that and I feel blessed to have been a part of this.”

In March, THT hosted two events to showcase the films as part of International Women’s Day. The first was a private event for the contributors to watch the videos together and celebrate their achievement. THT was joined on Zoom by Positive Voices speaker, Niamh Millar, who shared her story and thoughts about the project. The videos – also available in Arabic, French, Somali, and Swahili – were then launched at a public event. To see the videos, CLICK HERE

Jacqui Gitau, director of AFiUK, shared her thoughts about Breaking Barriers: “This project is evidence that African Diaspora women are strong, brave and ready to break barriers that hold us and our community back from achieving good health. AFiUK women are moving from ‘things happening to us, to things happening through us’.”