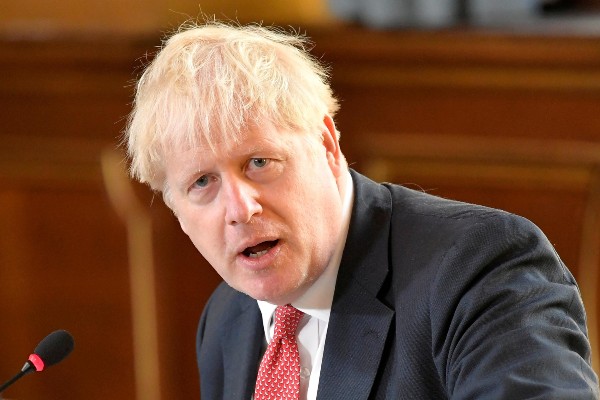 Prime minister Boris Johnson has described the first LGB Alliance national conference as a “ground-breaking event” while thanking the anti-trans organisation for its “incredible hard work.” After being invited to the conference (held on October 21), Johnson’s head of communications, Mandy Godridge, replied to the Alliance, saying that while the prime minister is not able to attend, he sends his “best wishes for a successful conference”.

The LGB Alliance were granted charitable status earlier this year, despite widespread backlash from LGBTQ+ activists and advocacy organisations. The Alliance has consistently spoken out against trans rights and the prospect of reforming the Gender Recognition Act, while also platforming anti-trans speakers.

Johnson’s wife, Carrie Johnson, and the LGBT Conservatives recently spoke out in support of the LGBTQ+ community at a party conference, with both now facing backlash alongside Boris over his support of the LGB Alliance. One social media user posted: “@carrielbjohnson and @LGBTCons keep telling everyone they care about trans people but in reality, they’re abject liars and don’t care at all”, while others also criticised Johnson for previous homophobic remarks.

Mermaids tweeted a message of trans solidarity shortly after the LGB Alliance shared the letter from Downing Street, saying: “Remember more people love and support you, than challenge our existence. Our pride will always be louder than hate. We are always here for you. #LGBwiththeT”.