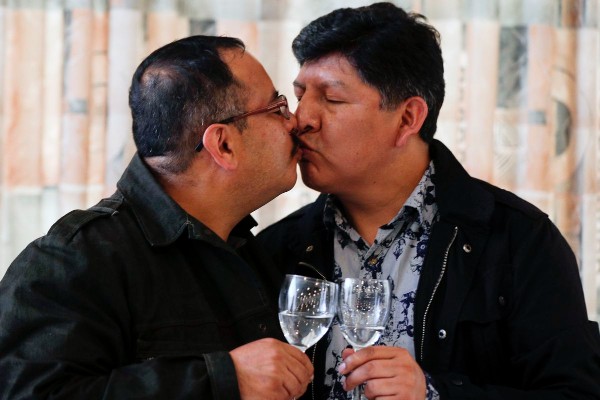 Bolivia, South America, has recognised a same-sex civil union for the first time after David Aruquipa, 48, and Guido Montaño, 45, campaigned for two years to have their relationship be legally acknowledged. According to Reuters, the couple, who have been together for 11 years, were initially denied the right to register their union in 2018 by authorities in Bolivia, on the basis that same-sex marriage is not legal in the country.

Although same-sex civil unions are generally not recognised, the couple argued successfully that the country’s denial to do so violated international human rights standards, and constituted discrimination under Bolivian law. José Miguel Vivanco, a representative of Human Rights Watch, said in a statement: “Gay and lesbian couples are an integral part of Bolivia’s social fabric and deserve to be recognised by the state and its institutions…All civil registries in Bolivia should stop treating them like second class citizens and start recognising their unions.”

Same-sex marriage and civil unions are not legally recognised in the majority of South American countries, however some are taking steps towards improving LGBTQ+ equality. Both Chile and Venezuela are progressing towards marriage equality, meaning they could be joining Argentina, Brazil, Colombia, Ecuador and Uruguay as the only countries in the continent to allow same-sex unions.