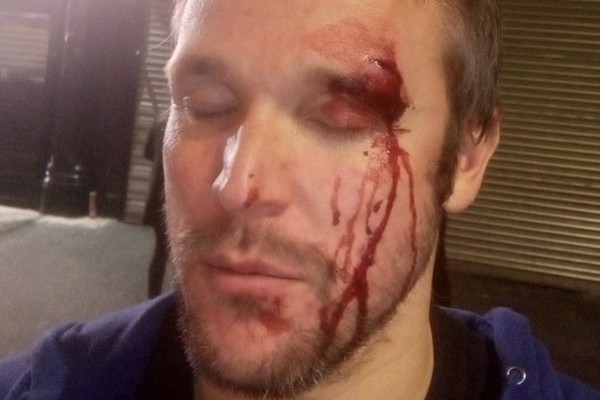 38-year-old John-Paul Kesseler is the latest victim of an anti-LGBTQ+ hate crime in Birmingham after he was struck with a wine bottle in the city centre “for holding another man’s hand”. Speaking to Birmingham Live, Kesseler explained that he was returning to his hotel with a friend in the early hours of the morning on October 10, when he was targeted by a man who said that the pair “shouldn’t be holding hands”.

Kessler said the man then became physically aggressive: “I didn’t notice him coming and the next thing I knew, I felt bashed round my head. I felt I was bleeding, I could feel blood dripping down my clothes. I was a bit dazed.” The attacker then attempted to hit Kesseler again with an iron bar before fleeing the scene. After the incident, Kesseler said: “There were homophobic comments after the attack from people mulling around outside, saying: ‘We do not agree with that LGBTQ stuff.’”

The attack is being treated as a hate crime, with the West Midlands Police saying it is investigating the “homophobic attack.” Birmingham’s Gay Village and city centre has seen numerous homophobic attacks over the past few months, raising concerns over the safety of the city’s LGBTQ+ community. Police have confirmed it will be increasing its presence in the area to help prevent further incidents.