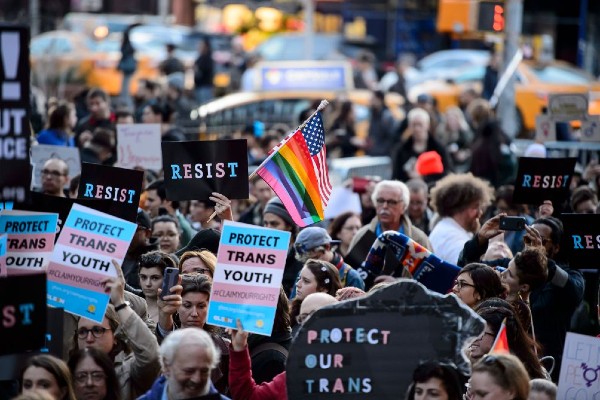 Ahead of students returning to school in September, the Biden administration has issued a promise to support trans students and address transphobia in schools. In a YouTube video, the assistant attorney general for civil rights at the Department of Justice (DOJ), Kristen Clarke, said that educators are working to make schools a “safe and welcoming” environment for LGBTQ+ students.

Clarke addressed the wave of anti-trans bills that are sweeping the US this year, the majority of which aim to limit young trans people’s access to gender-affirming care and school sports. She said that these bills are “wrong and against the law”, adding: “Discrimination will not be accepted on our watch…Right now, we’re are fighting against laws that tried to ban transgender athletes in West Virginia and deny healthcare for transgender young people in Arkansas.”

Despite president Joe Biden issuing an executive order to ensure young trans people equal access to school facilities and sports programmes, over 30 states are currently considering anti-trans regulations. Earlier this year, a representative for Biden’s Department of Justice said that the government intends to “fully enforce our civil rights statutes to protect transgender individuals”, but declined to give any further details. The Human Rights Campaign has already sued multiple states for passing anti-trans laws, and intends to take further action.