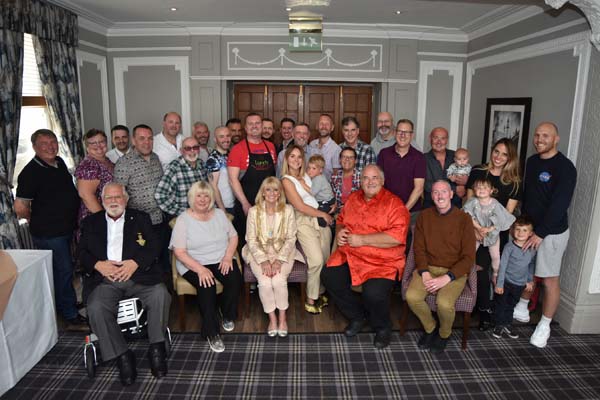 Bear-Patrol the social networking group, hold reception at the Old Ship hotel to thank the city Mayor for her support during her year holding the Mayoralty.

IN one of the last official duties of her year as Mayor of Brighton and Hove, Cllr Dee Simson spoke with feeling of her happy memories of being Mayor of the city and thanked Bear-Patrol for inviting her to their events which she said she had “throughly enjoyed.”

She was presented with flowers by Nick Lane and a framed photograph of the Mayor by Carole Todd taken by Ian Courtier.

The reception was hosted courtesy of Jason Bramwell, The General Manager, at the Old Ship, a big supporter of Bear-Patrol who provided bubbles, soft drinks and nibbles for the Mayor and guests who included two previous Mayors of the city, Cllr Pete West and Cllr Mo Marsh.