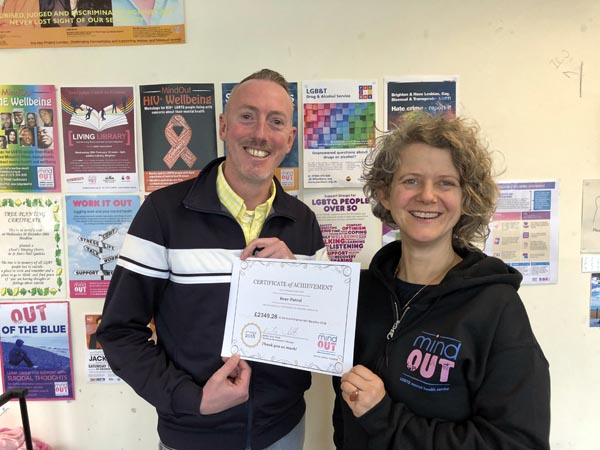 The sponsorship money was raised by four members of Bear-Patrol, Kieran Fitsall, Peter Stevens, Mark Alexander and Graham Baker who ran in the the Brighton Half Marathon in February.

Bear-Patrol also provided 26 volunteers to man one of the water stations during the race.

The Brighton Half Marathon is one of the longest established and most popular road races in the country and is organised by the Sussex Beacon, the HIV charity.