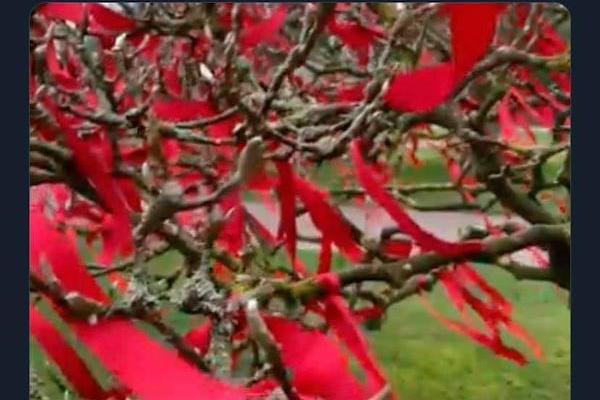 BBC North West has been accused of reappropriating the symbol of World AIDS Day – the red ribbon – by posting a tweet and broadcasting a story on Tuesday, December 1 encouraging its viewers and followers to tie red ribbons to their Christmas trees to mourn victims of the Covid-19 pandemic. The red ribbon is used every December 1 to mourn and remember those lost to HIV/AIDS.

Following complaints from social media users, the tweet was deleted and the broadcaster apologised, although many on social media weren’t convinced:

It was also pointed out that although the tweet had been deleted, the story was still broadcast primetime on World AIDS Day:

World AIDS Day is an annual day of remembrance; an opportunity to remember and mourn those lost to HIV/AIDS. The red ribbon is the universal symbol of awareness and support for people living with HIV. The BBC currently bans all its presenters and staff from wearing ribbons of any colour of cause, stating they are a “political statement”.