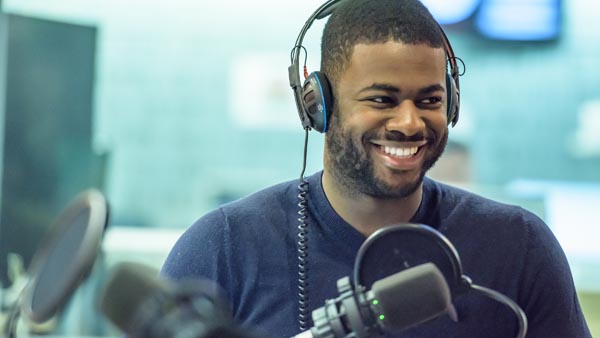 THIS newly created role will report on the stories, issues and debates surrounding sexuality and gender and focus on providing insight and analysis on matters affecting LGBT+ communities throughout the UK.

Ben who graduated from the University of Nottingham Malaysia Campus with a degree in Neuroscience, before studying TV Journalism at City University of London, played a key role in the broadcasting of the BBC’s Gay Britannia season in 2017 and presented his own series of LGBT+ themed programmes on BBC Radio 4 and 4 Extra called The Ben Hunte Interviews.

He interviewed a range of high profile guests for the programmes including Paul O’Grady and Stephen K Amos. This year Ben also became the presenter of BBC What’s New?, the BBC’s first TV programme and digital service for children in Africa.

Ben said: “I’m delighted to be taking on this important new role for BBC News and I am looking forward to finding and telling stories from the LGBT+ communitkies.”

Richard Burgess, UK News Editor for BBC News, said: “BBC News has a rich heritage of covering issues and debates from the LGBT+ communities. This year we announced our first gender and identity correspondent, Megha Mohan, and I’m thrilled that Ben will be taking up this dedicated role which aims to strengthen our offering of LGBT+ stories and original journalism across the BBC”.