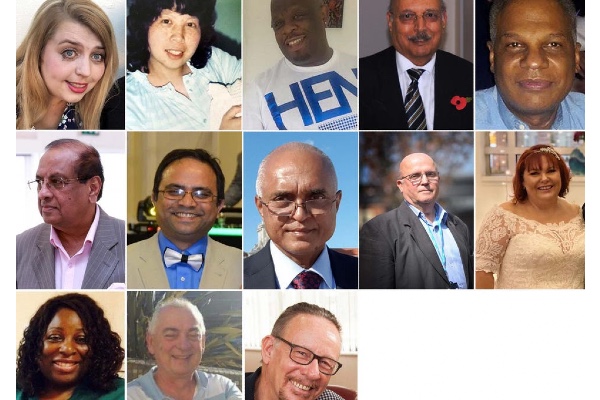 More than 70 BAME British figures have today written to Prime Minister Boris Johnson to call for an independent public inquiry into the disproportionate deaths from Covid-19 amongst Britons from minority backgrounds.

The letter calls for the inquiry to be broadened to include a focus on the levels of exposure BAME staff are facing, and whether employers are fulfilling their duty of care.

The letter also asks whether Government emergency planning fulfilled the Public Sector Equalities Duty by factoring in the needs of BAME communities.

On race and health inequalities, the letter says:

‘Covid-19 is clearly now one of the biggest issues in post-war history, directing a spotlight on race and health inequalities.’

A ‘transparent process’ would ‘restore public confidence’, the letter says:

‘By instigating such an inquiry, the Government will provide an opportunity for a range of stakeholders to submit evidence through a transparent process.

‘This would help to restore public confidence amongst the UK’s BAME community.

‘An inquiry will provide key findings and offer clear recommendations for systemic or transformational change around the role of the public sector and race equality in Britain.’

For the Office of National Statistics’ data on deaths by ethnic groups, click here.