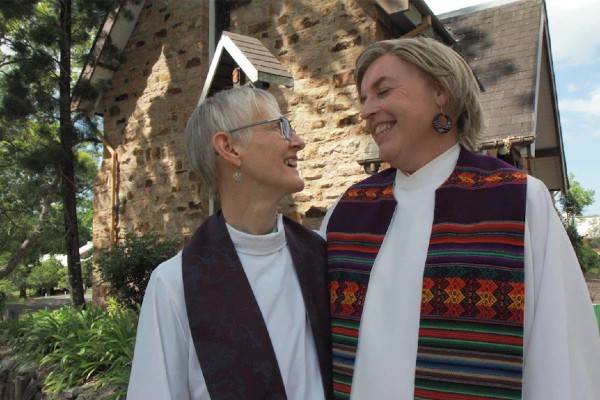 Reverend Josephine ‘Jo’ Inkpin has made history by becoming the first out trans minister in Australia, as she recently became the new leader of the Pitt Street Uniting Church in Sydney. Inkpin came out to her Anglican community four years ago, and is married to fellow reverend Penny Jones. She told ABC News that there were “tears of joy” when she was inducted into her new role earlier this month.

She highlighted the importance of inclusivity in the church, saying: “I know how much for myself, just to know there is someone like me, what a difference it makes. To see ourselves represented in public space is really huge.” Inkpin also shared a message of support for fellow trans people on the Trans Day of Visibility (March 31), saying it is important to celebrate the event to “dispel…all the nonsense loaded onto trans and gender diverse people” and to “disperse more of the love of God”.

She hopes trans inclusion in religious groups will continue to improve: “The Uniting Church has a little work to do, but it’s got that diversity, I think – it knows you have to listen to the people themselves…What I am hoping is that I’ll have the freedom – not just to be a transgender person, a visible transgender person – to enter more freely into other things, rather than having to fight in church battles.”