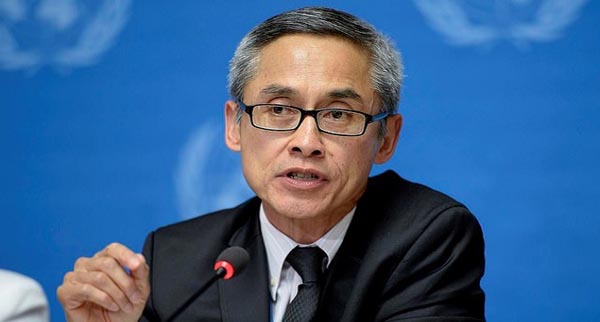 Two days before Christmas, a group of conservative states at the United Nations (UN) made a final attempt to stop the Independent Expert on the “protection against violence and discrimination based on sexual orientation and gender identity (SOGI),” by stripping the mandate of standard UN funding.

On the last day of the General Assembly, through a vote with 65 states in favor of defunding and 81 states against (with 15 abstentions), the budget for the Independent Expert postion was maintained.

As with all UN mandate holders, the Independent Expert himself, Thai human rights expert Vitit Muntarbhorn, does not receive any remuneration from the UN for carrying out this role. The defunding attempt was aimed at cutting the budget for essential costs including travel, translation, and associated minimal staffing at the Office of the High Commissioner for Human Rights to support his work.

Commenting on the vote, Jessica Stern, Executive Director at OutRight Action International, said: “Today States promoting homophobia and transphobia were again unsuccessful in blocking the work of this vital Independent Expert. The fact that they resorted to an attempted undermining of the budget after they were unable to stop the mandate on content shows how desperate they are to stop any inquiries into the violence and persecution that LGBT people face around the world”

An oral amendment was introduced by Burkina Faso, the Chair of the African group in the 5th Committee, which stated that the Group, “Decides not to approve any additional resources stemming from the adoption of resolution 32/2 by the Human Rights Council,” in the context of the budget for the Human Rights Council’s revised estimates.

The proposal was countered by a group of 8 Latin American countries who called for the amendment to go to a vote by all member states. The amendment against the mandate, lost by a margin of 16 votes, with the following vote count: 81 Against, 65 In Favor, 15 Abstentions. The amendment was then taken up in the General Assembly through a vote, which also went in favor of the Independent Expert mandate.

This is the third unsuccessful attack against the SOGI Independent Expert since the mandate was created earlier this year.

Jessica, continued: “Anyone who thinks that sexual orientation and gender identity only concern so called Western States should note that States who voted to protect the independent expert come from all five regions of the world”

The position was safeguarded in two previous hostile attacks in the UN Third Committee and in the following UN General Assembly Plenary on December 19 2016.