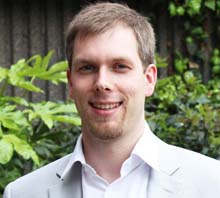 Music, safety cameras, mirrors and art on the walls are some of the improvements that have been made to the West Street underpass to encourage people to use the re-vamped tunnel for safe passage under Kings Road at night.

The council’s road safety team, and local Neighbourhood Policing Team, made the move to improve and re – open the tunnel at night at the weekend after a rising number of causalities to people trying to cross the Kings road in the area at the end of West Street.

Between December 2009 and December 2012 there were forty collisions which caused injury and of these there were twenty six pedestrian casualties on the stretch of Kings Road between Black Lion Street and the Brighton Centre. Eight were classed as serious and 84% of these incidents happened during the hours of darkness between 9pm and 5am

The West street tunnel which is gated on one side and better lit at its entrances is now open throughout the night on Thursdays, Fridays, Saturdays and Sundays.

“I’m really pleased that we now have a better, safer, late night crossing route in this busy part of the city. I’m hopeful that these improvements will encourage more people to use the passageway to safely cross the road at night and to enjoy the art and music”.

Inspector Justin Burtenshaw from the Safe in the City Team, added:

“This is an excellent example of agencies coming together to improve facilities in the town centre. With the  passage open again it is hoped that we will see a reduction in the number of people who are involved in road traffic collisions on this stretch of road. There have been a number of nasty accidents in the area in recent years and so our officers will be encouraging pedestrians to make use of this facility to prevent further collisions in the future.”