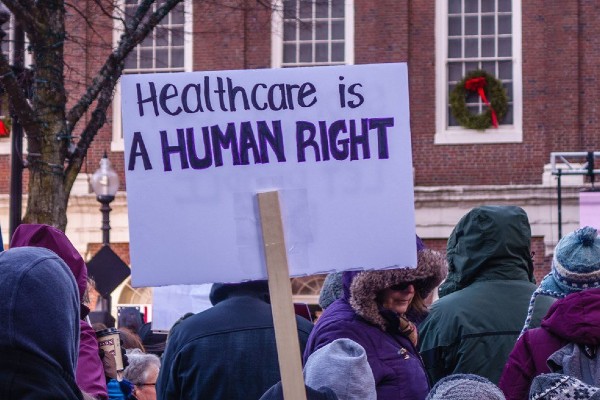 An Arkansas bill, which would allow healthcare providers to legally discriminate against LGBTQ+ people on the grounds of moral beliefs, has been sent to the governor’s desk after being approved by lower legislators and the state Senate. According to the Arkansas Democrat-Gazette, Senate Bill 289, otherwise known as the ‘Medical Ethics and Diversity Act’, will allow medical professionals to refuse LGBTQ+ clients if they have “religious, moral or ethical” objections.

Arkansas representative Brandt Smith, who initially introduced the bill to the state House, argued the regulations will “protect the rights of medical workers.” However, House member Tippi McCullough is fearful the bill will be used to “discriminate or to make folks feel uncomfortable in a lot of ways.” It is unclear if Republican governor Asa Hutchinson will sign it, having previously said he was “neutral on the bill”.

LGBTQ+ groups are concerned about the implications of SB 289, with American Atheists, which advocates for the separation of the church and the government, describing it as the “most extreme and deadly anti-LGBTQ+ healthcare bill” in the US. Group president, Nick Fish, said: “Governor Hutchinson should veto this deadly bill. If he does sign it into law, it will result in the deaths of Arkansans, and the blood will be on his hands…Lawmakers claim this bill is about conscience. Does governor Hutchinson really want the deaths of Arkansans on his?”

In addition to SB 289, Arkansas lawmakers recently proposed a bill to bar trans athletes from participating in school sports. State attorney general Leslie Rutledge is one of the main sponsors of the bill, saying it is “common sense”, and that Arkansas should not comply with the executive order from president Joe Biden which called for trans inclusion in school sports.