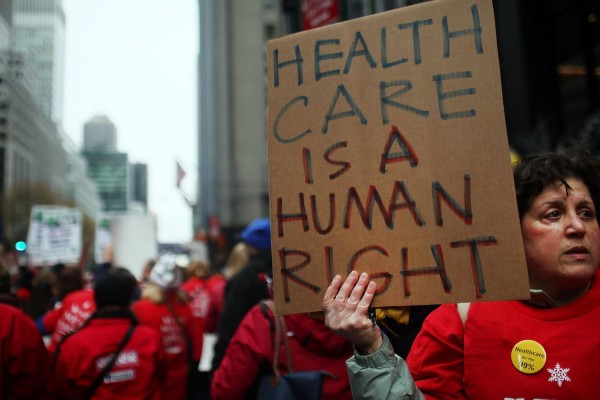 Arkansas has become the first US state to enact a law which prohibits medical professionals from providing gender-affirming healthcare to young trans people. According to The News & Observer, governor Asa Hutchinson rejected the bill, arguing it interfered with the rights of a parent to consent to their child’s medical treatment.

However, the Republican controlled House and Senate voted to override Hutchinson’s decision, making the bill official law. Medical professionals and LGBTQ+ activists have condemned the new regulations, with Doctor Robert Garofalo, from the Lurie Children’s Hospital in Chicago, saying: “This legislation perpetuates the very things we know are harmful to trans youth…They’re not just anti-trans. They’re anti-science. They’re anti-public health.”

The Human Rights Campaign has vowed to challenge the bill, with president Alphonso David tweeting: “This fight is not over. We will utilize every available tool to fight for the rights & futures of trans and non-binary youth and their families.” A handful of other states are currently considering laws to limit young trans people’s access to appropriate healthcare. Alabama introduced such a bill in February, while Mississippi is also debating similar regulations, after becoming the first state to ban trans athletes from competing in school sports this year.