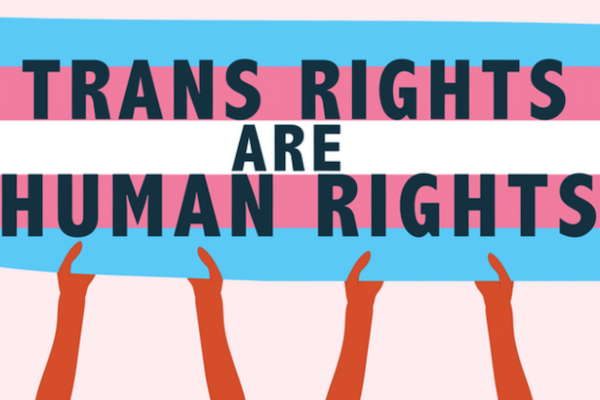 To be registered as a charity, an organisation must be established exclusively for charitable purposes, as recognised in law, and it must pursue them in a way which gives rise to tangible benefits that outweigh any associated harms.

LGB Alliance told the Charity Commission that its purposes were the promotion of equality for lesbian, gay and bisexual (LGB) people and the protection of human rights. Yet in a speech on March 9, 2020, LGB Alliance director Bev Jackson was clear that their real goal had little to do with the protection of LGB people, saying: “We’re applying for charitable status and building an organisation to challenge the dominance of those who promote the damaging theory of gender identity.”

A release from the Good Law Project, which is an independent not for profit that uses the law to protect the interests of the public, said: “LGB Alliance’s real purpose is the denigration of trans people and the destruction of organisations that support them, in particular through political lobbying and campaigning for changes to the law. These are not charitable purposes for the public benefit; they are political objectives designed to roll back legal protections for trans people.

“The LGB Alliance leadership have expressed the belief that people should be described and treated in accordance with their ‘biological sex’, irrespective of their stated gender identity or gender expression.”

Ever since it was established in 2019, LGB Alliance has repeatedly targeted registered LGBTQ+ rights charities including Mermaids, Stonewall, LGBT Foundation, GIRES and others. LGB Alliance has accused these organisations of extremism and homophobia, of spreading disinformation, of endangering children, and of campaigning against women’s and gay rights.

Further, the LGB Alliance has:

The release continued: “LGBTQ+ people across the UK face an onslaught of misinformation and attacks in the mainstream press, in politics and on social media. Transgender (including non-binary and gender diverse) people are entitled, like everyone else, to support and understanding.

“Mermaids, along with the country’s leading LGBTQ+ charities and organisations, speak with the single voice of a single community when we will not be divided. We oppose transphobia in all its forms. We stand together.”

Susie Green, CEO of Mermaids, said: “Mermaids supports trans young people, children and their families who face overwhelming hostility simply because of who they are.

‘The work of the LGB Alliance is clearly designed to divide the LGBTQ+ community in an attempt to undermine and isolate trans people. Mermaids is proud to stand up for the rights of trans people in court, with the unbreakable support of our LGBTQ+ charity family.”

Paul Roberts, CEO of LGBT+ Consortium, a national umbrella body for LGBTQ+ voluntary and community organisations, said: “Charity status is hard earned and should promote positive and inclusive change for those most marginalised in our communities.

“The decision to register LGB Alliance goes in the face of that and sows distrust in what it means to hold charitable status. They exist to oppose free, safe and empowered trans lives and, as LGBTQ+ organisations, we stand as one to ask the tribunal to quash the Charity Commission’s decision.

“We are with Mermaids every step of the way and will always stand up for an LGBTQ+ charity sector that puts positive public benefit first.”

Jo Maugham, director of Good Law Project said: “Charitable status is for those who serve the public good. Denigrating trans people, attacking those who speak for them, and campaigning to remove legal protections from them is the very opposite of a public good. We do not believe they meet the threshold tests to be registered as a charity.”

Helen Belcher, Chair of Trans Actual, which works to address and highlight issues affecting trans people, said: “We fully support Mermaids in taking this action. The idea that an organisation who wants trans people to be second class citizens should be recognised as a charity brings the whole system into disrepute.”