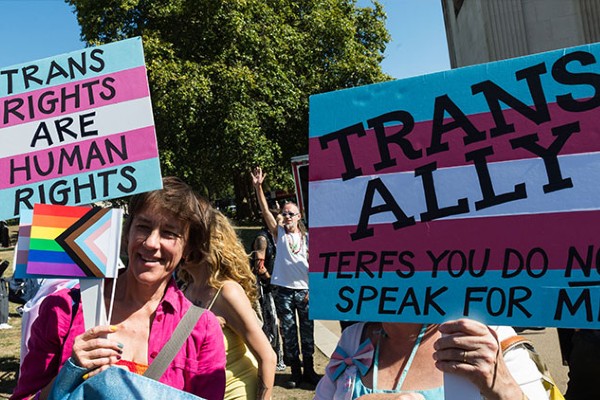 Controversial anti-trans group, the LGB Alliance gaining charitable status from the UK government has sparked a backlash among LGBTQ+ activists and advocacy organisations. Reacting to  the Charity Commission expressing concerns on their previous social media stance and on the record remarks of Trans peoples, the alliance shared a statement on social media after the decision, saying: “LGB Alliance is reviving the campaign to protect the rights of people with same-sex sexual orientation”, but has since seen criticism from many other LGBTQ+ organisations.

Stonewall said it is “upsetting to see that an organisation who were founded to oppose our work towards trans rights have been granted status as a registered charity.” Trans rights group, Mermaids, referred to the Charity Commission’s decision as a “deeply disturbing…reckless and damaging act of betrayal”, and encouraged trans people and allies to submit complaints to the board.

The LGB Alliance has faced criticism since it was established in 2019 in opposition to trans inclusive policies laid out by Stonewall, and has been branded a hate group by Pride In London and the Labour Campaign for Trans Rights. LGBTQ+ rights lawyer and director of the Good Law Project, Jo Maugham, condemned the Charity Commission’s decision, saying: “The consequence of this Panglossian stance on the activities of a hate group is that your taxes will now be used to subsidise transphobia.”