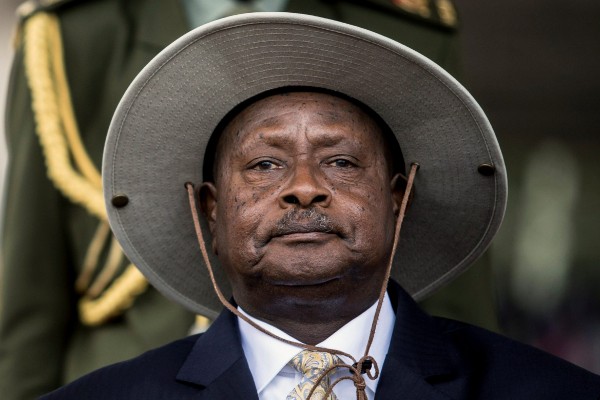 Yoweri Museveni, known for his controversial views on the LGBTQ+ community, has won his sixth consecutive term as the president of Uganda after being re-elected on Saturday January 16. Museveni has ruled over Uganda since 1986, and won the recent election with 58.64% of the vote, with his presidential campaign including anti-LGBTQ+ rhetoric. During the run-up to the election, there have been increasing reports of anti-LGBTQ+ violence in the country, such as the arrest of around 20 living in a shelter for queer people, after which they were subjected to physical and verbal abuse. There are currently no legal protections from discrimination in the country, and same-sex relations are criminalised.

In a recent interview for CNN, Museveni referred to LGBTQ+ people as ‘deviants’: “Homosexuals are not new to Africa. They have been here. We know them. But we have got a different view of them. We think they are deviants. They are people who are deviated from the normal. They are not killed, they are not harangued, they are not persecuted, but we don’t promote them… We don’t promote and flaunt homosexuality as if it is an alternative way of life.”

UNAIDS, a United Nations programme which provides information and support for those living with HIV and AIDS, has released a statement calling for the LGBTQ+ community in Uganda to receive greater governmental protection. Winnie Byanyima, executive director of UNAIDS, added: “Using offensive language that describes LGBTQ+ people as ‘deviant’ is simply wrong. Stigma and discrimination based on sexual orientation violates rights and keeps people away from HIV testing, treatment, prevention and care services. The HIV epidemic can never end while some groups of people are excluded from health services…It’s clear that to end the AIDS epidemic in Uganda there is a need to build a more inclusive society where everyone enjoys the right to health.”