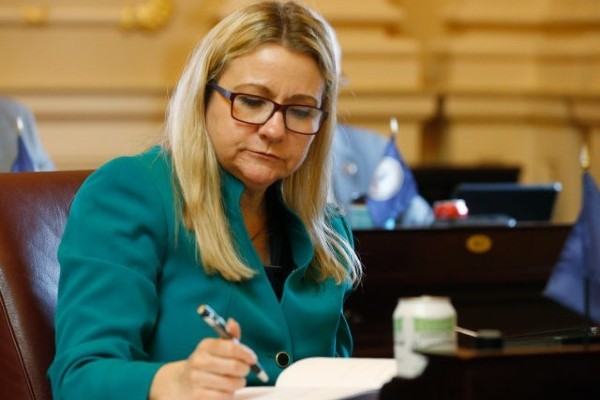 Virginia state senator Amanda Chase, known for her controversial views on the LGBTQ+ community, spoke out in support of the pro-Trump rioters who stormed Washington DC on January 6. Chase wrote on Facebook: “I had to be there today to represent those of us who believe this election was stolen from we the people. This was not a fair, free election. We don’t believe the lies, deception and complete stealing of this year’s 2020 presidential election. The people have had enough.”

She continued: “These were not rioters and looters; these were patriots who love their country and do not want to see our great republic turn into a socialist country. I was there with the people; I know. Don’t believe the fake media narrative.” Her Facebook account was later suspended. According to Chase’s official voting record, she voted to keep a state statutory ban on same-sex marriage and to ban trans people from obtaining birth certificates which align with their gender identity. She also campaigned to allow conversion therapy for minors and to keep discrimination against the LGBTQ+ community legal.

LGBTQ+ activists and political players have called for the immediate removal of Donald Trump after riots broke out. Rea Carey, executive director of the National LGBTQ Task Force, called for Trump to be “immediately removed” from office through the 25th Amendment: “Donald Trump has been, continues to be, and will remain a threat to democracy, the US Constitution, and human life every day he remains in office While his attempted coup has failed, he and his supporters are a threat to democracy and will be as long as he is in power.”