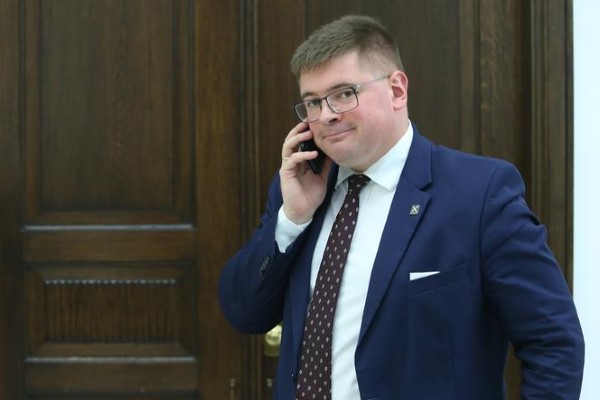 Tomasz Rzymkowski, a Polish MP who has spoke openly about his opposition to the LGBTQ+ community and same-sex marriage, has been promoted to deputy minister of education. Rzymkowski, who joined the country’s ruling Law and Justice Party (PiS) in 2019, caused controversy when he compared same-sex relations to beastality ahead of last year’s presidential elections in a tweet which read: “On June 28, we will elect not only the president of the Republic of Poland, we will also make a civilisation choice. Will choose Poland, where the marriage is a union of a woman and a man, and Poland where the ‘marriage’ is a union of two men or one man with a goat?”

He has also referred to LGBTQ+ people as ‘sinful’ and ‘socially harmful’. Paulina Matysiak, an MP for the Left Together party, described him as ‘dangerous’, telling VICE: “Tomasz Rzymkowski represents a very dangerous mix of extreme, almost fascist, right with religious fundamentalism, that concentrates most of his public activity on turning people against Jews, foreigners, LGBTQ+ [people], women and the Left.” Rzymkowski will now be working alongside education minister, Przemyslaw Czarnek, who previously referred to LGBTQ+ people as ‘abnormal’. Czarnek also awarded medals to anti-LGBTQ+ politicians in the province of Lublin, and openly supports the creation of ‘LGBTQ+ free zones’ in the country.

Hostility towards the LGBTQ+ community has grown since the recent re-election of anti-queer president Andrzej Duda. Much like Czarnek, Duda has referred to ‘LGBTQ+ ideology’ as something that needs to be eradicated. Recent developments could make it illegal for social media platforms to censor anti-LGBTQ+ hate speech online, with Polish justice minister, Zbigniew Ziobro, dubbing this the ‘Freedom of Speech Protection’ act.