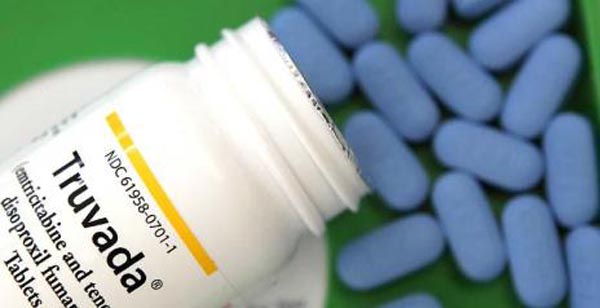 Kemptown MP calls for Minister to intervene so that people have access to PrEP immediately and save the NHS money.

A PROPOSAL to double the number of people able to access PrEP (a highly effective HIV prevention pill) through the PrEP Impact Trial has been delayed by the NHS England, trial oversight board.

THIS is despite the fact that NHS England has agreed to fund the additional 13,000 places. Currently, many clinics have no spaces for additional patients and are turning away people at high risk of HIV, some of whom are going on to acquire the virus.

Prescribing the drug has been shown to be cost effective, because it prevents HIV infections which require a lifetime of specialist treatment. Growing use of PrEP, and the increased engagement with sexual health services that often comes alongside PrEP use, have contributed to the recent steady decline of UK HIV infection rates.

Whilst supporting the new places ‘in principle’, no clear date is given by the board for final approval nor any clarity as to how any issues of capacity[ii] will affect the decision, or be addressed.

Lloyd Russell-Moyle the Labour MP for Brighton Kemptown and Peacehaven, said: “It is unfathomable that people are being denied access to preventative medication that can save the NHS money and have good public health outcomes.

“We know of cases of young men trying to get on the trial being turned away due to it being at capacity and subsequently contracting HIV.

The Minister must now intervene to ensure patients in England have access to PrEP.”

Deborah Gold, Chief Executive of NAT (National AIDS Trust), said: “This is an unconscionable failure of our health system. The Secretary of State must immediately get to grips with this dangerous muddle. The PrEP Impact Trial must have enough places now to mean no one is turned away. Sexual health clinics must be properly funded to promote PrEP to all communities and meet need effectively. A national PrEP programme must be commissioned as soon as possible.

“We urge all those involved in this decision to move to final approval of the new places as soon as possible. The case for PrEP makes itself, yet for years those at risk of HIV have faced one roadblock after another in trying to access PrEP on the NHS.

“We now face the imminent end of access to PrEP in England, in particular for gay and bisexual men. The consequence of today’s decision will be more examples of avoidable HIV. This is completely unacceptable.”

Debbie Laycock, Head of Policy and Public Affairs at Terrence Higgins Trust, added: “It is unacceptable that there are yet more delays in making PrEP available for all who need it. Today’s announcement will provide no relief to those individuals who are still not able to access the trial with nearly 40% of trial sites currently closed to gay and bisexual men.

“Whilst we welcome the news that the PrEP Trial Board has approved in principle a proposed increase in places, we remain deeply frustrated that there is no definitive timescale as to when these additional places will be released, and in fact no commitment that these places will indeed be made available across the country. Terrence Higgins Trust has been clear that no-one at risk of HIV should be denied access to PrEP.

“We are aware of clinics that are already being contacted by people who assumed that places were available immediately – only to be turned away. This comes when sexual health services continue to be under increased strain and urgently require proper investment.

“Today’s news means that people who could benefit from PrEP will continue to remain in the dark as to when they can eventually get on the trial. Every further delay places more and more people at risk of HIV.

“We are now urgently calling on Department for Health & Social Care, alongside Public Health England to find a solution and remove any further obstacles to PrEP being in the hands of those who need it.

“There has already been confirmation by the Minister for Public Health, that the vast majority of places for gay and bisexual men will be gone by March – less than two months away. The PrEP Board must expedite any further deliberations, otherwise we continue hurtling towards a PrEP cliff-edge and risk yet more people becoming infected with HIV.

“We continue to advocate that the only sustainable solution for PrEP must be giving it a long-term home as part of routine HIV prevention services. Alongside condoms, regular HIV testing and effective HIV treatment which stops HIV from being passed on, PrEP has a vital role to play if we’re to achieve the aim of zero new HIV transmissions.”