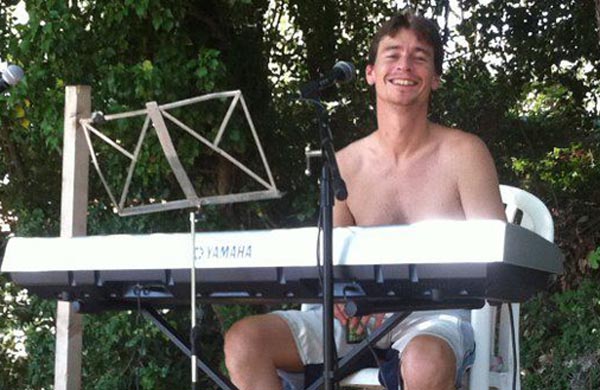 Mark Hodge is well know to people in Brighton and Hove as a pianist and musical director. He now lives, works and plays in the South of France and wants to share his thoughts on the upcoming vote in the Irish Parliament on same sex marriage.

ON May 22 the Republic of Ireland votes on whether to recognise gay marriages in law. As an openly gay man from an Irish background with many Irish friends I’d like to put the case for Yes in the hope that my friends will share it or better still add to it. Please take time to read it.

It sometimes happens that relationships form between two people who culminate in their being able to say to each other “you don’t need to worry about YOU ever again because I’m looking after that now”. The resulting unit is infinitely stronger than the sum of its parts and benefits the couple, their families, friends and society as a whole. Along with the unconditional love between parent and child it is the most beautiful phenomenon known to us and compensates for the many hardships of life.

It happens as a matter of fact regardless of legal status. But to recognise it for straight couples but deny it exists between two people of the same sex is a gross subversion of an obvious truth and very damaging both to adults and young people.

I mention young people because the primary duty of care owed towards them, after physical well-being, is to ensure they grow up with a fundamental belief that it is OK to be themselves. That is everything in life – the key to healthy relationships, productive working lives and health outcomes.

If families, schools and churches allow institutional homophobia to undermine the self esteem of young gay people they fail them completely. The results, as any accredited mental health professional will confirm, are higher rates of depression, suicide, substance abuse and other high risk behaviour. To designate certain individuals as second class while they are trying to develop a sense of themselves is simply vicious.

Some people find the concept of marriage between two men very difficult. Why? Jesus said nothing about homosexuality but utterly condemned those who stand in judgement of others. In any case, belief in a christian God is not a prerequisite for marriage. There are many married atheists in the Republic.

Some say that marriage is for procreation which can only be between a man and a woman. But many people marry knowing they won’t have children of their own, due to age or illness, or simply not wanting to be parents. Are their marriages invalid?

What it really stems from is a learned, visceral dislike of the idea of two men (eg) being physically and emotionally intimate.

To this I say the following:

1) There is no sexual practice between same-sex couples which doesn’t take place between straight couples. Not one.

2) It is unhealthy and inappropriate to fixate on the sex lives of other people. If one feels uncomfortable at the thought of what other people do in bed the best thing to do is not to think about it and certainly not to make that prudishness someone else’s problem.

3) The real meaning of the word homophobia is a fear of homosexuality in oneself. People who are comfortable in their own sexual identities tend not worry about other people’s

4) Some people are concerned that removing legal discrimination against gay people will result in a higher incidence of homosexuality in the general population or even that young people will be “converted”. If it were possible to change one’s sexual polarity the many teenagers who commit suicide in Ireland and around the world because they cannot live with being gay would have simply “changed”. What can and should happen is that gay people will become more visible.

5) There is, unfortunately, always a risk of adults exploiting young people for their own sexual purposes but this is not specific to straight or gay people and is quite rightly dealt with under criminal law. Incredibly, it’s the church which seems most concerned with this aspect and it’s clergy who are most guilty of it. Make of that what you will, but I believe that repression of sexuality, not homosexuality, is responsible for the very worst sexual behaviour.

Since the Enlightenment the west has lit up the world through its pursuit of reason, logic and scientific inquiry. The right to live a life of dignity and equality under the law, free from undeserved shame or embarrassment has seen many setbacks in recent times. Let’s not permit another on May 22.