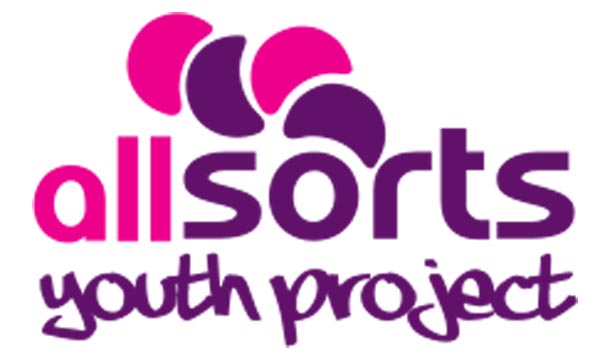 Allsorts Youth Project reached more than 9,000 pupils in more than 150 peer-led workshops and assemblies in 19 secondary and primary schools in Brighton and Hove and East and West Sussex during 2015/16, says the organisation’s latest annual report.

The Princes Trust, Hampshire Educational Psychologists and the University of Brighton were among the organisations that commissioned LGBTU awareness training sessions from Allsorts.

The year saw an increase in the number of young people at the six regular groups organised by the charity. The Weekly Drop-in covered a wide range of topics from sexual health and drugs and alcohol to mental and emotional wellbeing. Delivered in partnership with other organisations, the sessions were attended by a total of 171 young people with an average of 35 people per session. Of the total number, 62 members considered themselves to be trans, 19 were from a Black or Minority Ethnic background and 87 stated they had a disability.

The number of trans and gender questioning young people attending the Allsorts Transformers sessions increased to 56 during the year. They praised the lovely staff and volunteers and the structured drop-ins with an informal feel. Said one member: “Transformers makes me feel valid, normal and liberated.”

Similar positive feedback came from the 100 young people who attended the TAG under 16-Group and received 1:1 support. Building confidence is a key part of TAG’s programme, and it works “When I started I was more of an introvert, but people helped me come out of my shell,” said one member. “TAG had helped me come out at school,” said another.

The Trans Kids Group for primary school children who are trans or questioning their gender identity has grown to 14 members since it was set up in October 2014. “The group is proving invaluable to the children who access it,” says Allsorts Founder and Strategic Director Jess Wood, “and gives their parents a space to meet.” In addition, 99 parents attended the Allsorts Parent Group, with the number growing steadily during the year from 5 in a session in April 2015 to 20 in March 2016.

The number of young people attending the monthly Open Minds sessions has grown to an average of 18 at each session. The group fosters safe and supportive spaces for young people to speak freely about their mental health, share experiences and access support from staff and their peers.

Increasingly, social media plays a central role in the charity’s work, and during the year 442,926 visits were made to its website by 55,944 different people, and 86,365 people looked at Allsorts’ tweets.

The need for all this work was confirmed in an Allsorts survey of LGBTU young people in March 2016:

♦      88% of those surveyed had experienced mental health problems

Among trans young people the survey revealed that:

The picture among under-16 young people is even more concerning.

“This year we have seen a huge rise in the number of under-16 children we work with,” says Jess Wood. “Half of these identify as trans or gender non-binary or gender questioning. Not only has this been an important expansion of our work linking into our schools work, it is also a welcome indicator that LGBTU inclusion is happening at every age among LGBTU children and young people.”