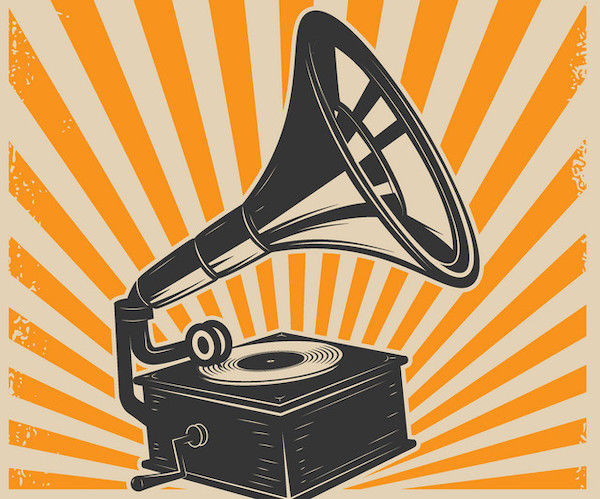 The pandemic lockdown continues to make its mark on jazz, as yet another album appears as a result of those extreme conditions. For New York pianist Emmet Cohen, it was a period when he was forced to explore new ways of working, turning his hand to broadcasting a weekly trio webcast from his Sugar Hill apartment that led to more than 100 broadcasts. In the process, he learned a lot about himself and his music, always playing and composing in the moment to keep the music fresh.

That concentration, and dedication, shows throughout this fine set, an intriguing mix of his own compositions and some excellent standards. Emmet is an interesting pianist and composer, at home in modern jazz but equally adept at earlier styles, as shown by his own composition, Spillin’ The Tea, which could easily be an early stride piano piece, such is its syncopation and period feel, yet one updated throughout with modernist touches. And he does the concluding Duke Ellington number Braggin’ In Brass proud. What a fine album.

Self-labelled queer Black-British saxophonist Xhosa Cole is one of Birmingham’s finest young musicians, a man unafraid of experimentation and innovation. His second album Ibeji – the word comes from the Yoruba orisha or spirit word meaning twins – features a series of saxophone and percussion duets alongside snippets of conversations and interviews between Xhosa and his seven drumming collaborators, all of African descent, the tracks exploring the themes of duality, brotherhood, rituals, identity, and much more.

Now, saxophone–drum duos can be hard work, with two powerful musicians going head-to-head in merciless fashion, but here the African drumming is so tuneful it easily complements Xhosa’s determined, questing saxophone (and electronics) perfectly. An intriguing if not always an easy listen, but then why should it be?

KANSAS SMITTY’S: We’re Not In Kansas Anymore (Ever Records)

Kansas Smitty’s were formed in 2013, a seven-piece “group of jazz-addicted twenty-somethings who ran their own bar” in Broadway Market in Hackney (which they were sadly forced to leave during lockdown). This is their fifth studio album, and as the title suggests, it marks something of a change for the group, a progression away from their traditional Kansas-style swing towards a music inspired by modern jazz, African rhythms, and classic cinema.

The group’s enthusiasm for jazz and blues continues, of course, but more subtly than before, with mood dominating structure, resulting in the expansive, progressive sounds of a new, 21st-century blues. As ever, the line-up of the band has changed, with two acclaimed trumpeters – Laura Jurd of Dinosaur and Dylan Jones from the Ezra Collective – joining the Giacomo Smith-led ranks, but the enthusiasm remains. And, again as ever, the variety and strength of the compositions stands out, as does the musicianship. Another fine and varied album from a strong collective.

I raved over this Serbian trio’s last CD in September 2020, and am more than happy to rave again about its successor. As before, Maja Alvanovic’s piano is in quiet control, her almost classical poise always commanding attention. Bass and drums are in strong support, notably on the swinging Passarola and the clattering opener that is The City of Jewels, but this time out, they are joined on four tracks by a vocalist and bass clarinet player, who add some interesting extra textures.

Bravely, the trio tackles U2’s With Or Without You, and wins out in the end.  Throughout, there is a great joy in the performance, a will to entertain and inspire. I for one would love to see this trio live, but distances and politics will keep us apart from some time. Instead of which, I will enjoy the album, as should you.

In the sleeve notes to this live festival set, bassist Esperanza Spalding talks about the glib expression “We’re building the plane as we fly it,” and why she gets nervous about such an irresponsible act. But on this night in Detroit, the band were all flight-ready, and lifted off musically, building and honing their collective craft as they flew the skies. Throughout, there is real sense of flying by ear, of instant response and participation in what are often very complex and abstract songs to negotiate.

Musically, the dominant voice is the great saxophonist Wayne Shorter but the ever-fascinating Leo Genovese on piano also grabs attention. Drummer Terri Lyne Carrington records that while the band rehearsed some of the themes during the day, that preparation was the result of “our lives and profound experiences with each other.” What they performed went far beyond their own plans and expectations, a coming together of a group that really did build the musical plane as they flew it. A fine festival set, well worth catching.

American saxophonist Charles Lloyd has been producing wonderful music since the 1960s, but few of his recent records have been as fine as this one. This trio set – one of three he has just released with varying personnel – is performed by Lloyd, guitarist Bill Frisell, and bass player Thomas Morgan: note the absence of time-keeping drums or melodic piano.

The chapel of the title is the historic Coates Chapel in San Antonio, Texas, a fitting venue for this quiet, atmospheric outing where each musician gently makes his mark, Frisell chiming in sympathy with Lloyd’s haunting saxophone and Morgan’s consistently supportive bass. Nothing dramatic ever happens, which is a main part of this set’s charm. Just sit back and enjoy.