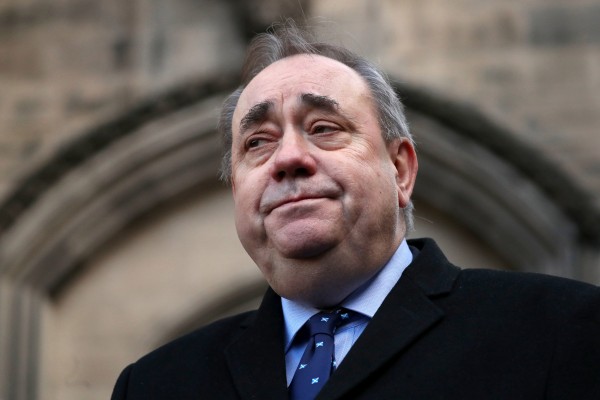 Alba leader Alex Salmond has defended party candidate Margaret Lynch after she falsely accused Stonewall Scotland and LGBT Youth Scotland of campaigning to lower the age of consent during Alba’s Women’s Conference on April 10. Lynch’s comments saw widespread backlash from LGBTQ+ activists and advocacy groups, with Stonewall requesting that she retract her comments, asking Scottish politicians to “condemn this behaviour and stand in solidarity with LGBTQ+ communities.”

However, Salmond has stood by Lynch following the controversy, releasing a statement where he argued that the conference was a “safe space…where Alba women were encouraged to express their concerns over a range of subjects.” He added: “Women participating are entitled to do so without being subjected to Twitter pile-ons or even worse threats of violence…Margaret Lynch was defending the rights of women in Scottish society.”

He insisted that he “would never tolerate any homophobic behaviour”, but said: “Women are entitled to raise concerns without being targeted in this fashion.” According to The National, Alba has reported candidates from both the SNP and Scottish Greens to the police, alleging that they threatened violence against Lynch. Scottish Greens said the “unacceptable” tweet in question has since been removed, but still condemned Lynch’s comments, referring to them as “dangerous and sinister”.