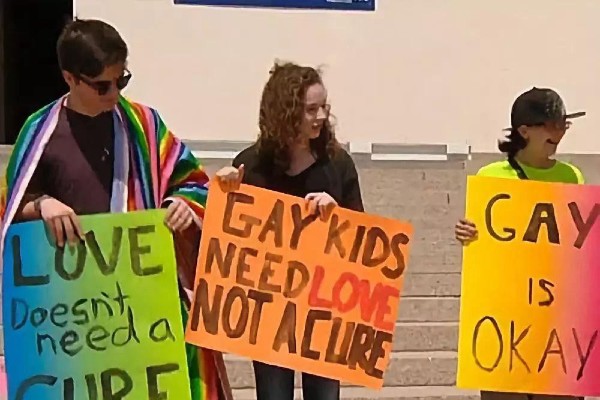 Alaska is set to become the next US state to ban LGBTQ+ conversion therapy after a bill was filed earlier this month by state representative Sara Hannan. GLAAD defines conversion therapy as any attempt to alter a person’s sexual orientation or gender identity. It has been widely discredited by professional medical bodies and is known to cause trauma and depression in those who are subjected to it. Around 700,000 adults in the US alone have experienced conversion therapy, leaving them six times more likely to suffer from depression. Twenty states have banned the practice so far.

According to Them, this is the first time in the state’s 62-year history it has considered banning conversion therapy. Sam Brinton, vice president of governmental affairs for the Trevor Project, told the the LGBTQ+ news outlet: “This should serve as a beacon of hope for LGBTQ youth+ in Alaska and for the growing, bipartisan movement to end the dangerous and discredited practice of conversion therapy nationwide and around the globe.”

The Alaska bill comes shortly after Indiana also proposed regulations to outlaw the practice. JD Ford, one of two Democrat lawmakers who put forward the bill, said: “Putting a stop to this harmful and detrimental practice can save the lives of countless LGBTQ+ Hoosiers [a term for residents of Indiana].  A person’s sexual orientation or gender identity is not a disease that needs cured.”