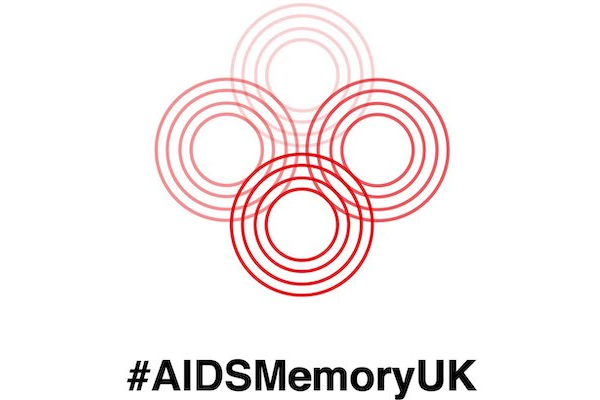 Leading up to the launch on World AIDS Day in December of this year, (Covid-19 dependent), #AIDSMemoryUK will stage a series of star-studded events across London this summer to fundraise and raise awareness of a permanent AIDS Memorial in the capital. To donate to the campaign, CLICK HERE.

The aim is to build a permanent, accessible to all, London AIDS Memorial, centrally located on Tottenham Court Road, close to the former Middlesex Hospital ( the first AIDS ward), James Pringle House (the VD (STD) clinic that saw some of the first patients in the UK) and the Bloomsbury Clinic (the busiest HIV clinic in the UK).

The #AIDSMemoryUK campaign has announced Scene writer and producer Jason Reid is now working with the group as voluntary events coordinator. In 2005 Jason was hospitalised with AIDS, thankfully he survived, but many did not. For Jason, this campaign is very personal and important.

#AIDSMemoryUK say: “We will establish the London AIDS Memorial at the midpoint of the HIV / AIDS pandemic worldwide. Too many still cannot access lifesaving medications (42% of 37.9 million people living with HIV). We must never forget.”

The artists of a newly commissioned sculpture will be announced shortly. In the coming weeks and months AIDS Memory UK will be holding awareness raising/fundraising events at LGBTQ+ venues and other safe places around London, including: Halfway to Heaven, Phoenix Arts Club, The Old Ship, Zodiac Bar London, West 5, The Glory and The Royal Vauxhall Tavern.

#AIDSMemoryUK, established in 2016 by writer Ash Kotak, who has been living with HIV since 1993, is the official campaign which has the support of the London Assembly, politicians, celebrities, activists, and critically people living with HIV and who lost people to AIDS from all of the communities most affected.

Follow @AIDSMemoryUK on social media to keep up to date with the campaign and upcoming events.