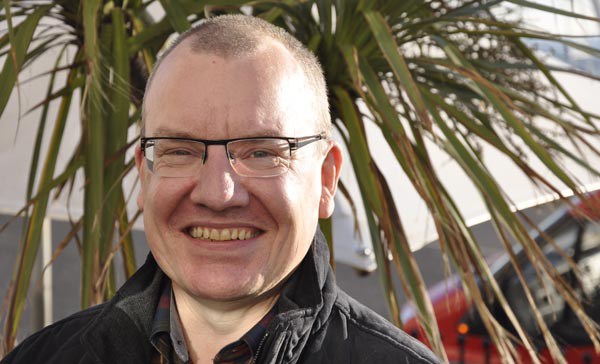 Chris who tragically died earlier this year following a fire at his home in Kemptown was a great campaigner for the people of Kemptown, especially those living in and around St James Street.

Chris, a proud community activist, and very decent man, loved nothing better than seeing practical and positive improvements to St James’ Street and Kemptown, especially if it was achieved after he had fought on behalf of others who had decided something was needed to improve the area.

Chris stood unsuccessfully in 2011 as a City Councillor for Labour Co op in Queens Park Ward and was the leading founder member and first chair person of the St James’ Community Action Group (SJCAG).

For a while he was responsible for Kemptown in Bloom,  chaired the Eastern Road Partnership and was a keen supporter of the Gay Business Forum.

He worked tirelessly on improving neighbourhood and community policing and was involved with the Friends of Queen’s Park.

He chaired the community fundraising committee of the Rainbow Fund, an organisation who make grants to LGBT organisations providing effective front line services to LGBT people in Brighton & Hove, and was a community correspondent for The Argus newspaper.

He was also the Chair of the Brighton & Hove LGBT Community Safety Forum up until 2012, and was financial director at the Sussex Beacon between 2011-12.

More recently he was a LGBT Community Rep at Community Works the umbrella organisation supporting all local voluntary and community organisations.

Chris was a lovely person and far too young to be lost to his community. Following his family’s request for a private funeral a memorial service to celebrate his life and achievements has been organised by friends and colleagues on Sunday, June 19 from 3pm at St Mary’s Church, Kemptown. The Brighton Gay Men’s Chorus will be singing.

Event: A Celebration of the Life of Christopher Martyn Cooke