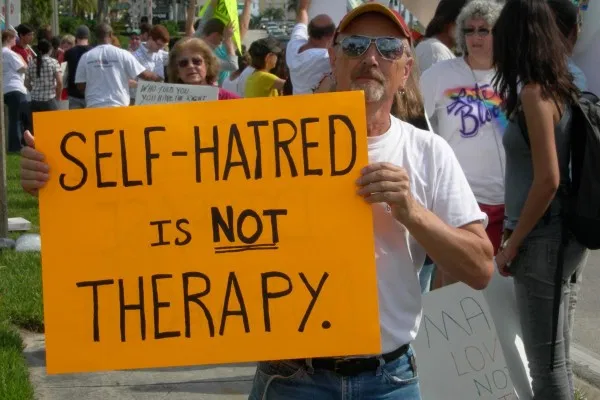 A recently released study, conducted in 2020, found 9 in 10 trans conversion therapy survivors suffered from depression and anxiety after being subjected to the controversial practice, while 47% attempted suicide. The study was conducted by the Gender Identity Research & Education Society, the LGBT Foundation, the Ozanne Foundation and Stonewall, and said conversion therapy is “more widespread and often more violent” than many realise, with many respondents reporting physical, verbal and sexual abuse.

Out of the 1,086 responses which were analysed, the research found almost half of trans and non-binary people who underwent conversion therapy attempted suicide, compared to around 26% of the wider gender diverse respondents. 92% of trans and non-binary suvivors reported experiencing mental health difficulties, compared to 79% of those who had not gone through conversion therapy. Overall, 95% of trans, non-binary and gender diverse participants said gender-identity conversion should be outlawed.

49% of those who had been subjected to the practice said they were children at the time. One respondent said they went through conversion therapy when they were young, which “resulted in 23 years of depression, alcoholism and suicidal thoughts, until I transitioned in 2011.” Another said: “Unfortunately it has affected every aspect of my life so drastically I think I’ll be trying to heal for the rest of my life.”

The report concluded that any national ban on conversion therapy must “protect everyone regardless of age or whether they were coerced or consented to the practice”, adding: “Given that this research shows that gender diverse people are profoundly harmed by conversion practices, any legislative ban must include practices which attempt to change, suppress, convert, or cancel a person’s gender identity or gender expression.” Parliament debated the prospect of a conversion therapy ban on March 8, during which a handful of MPs said any ban must also protect the trans community.