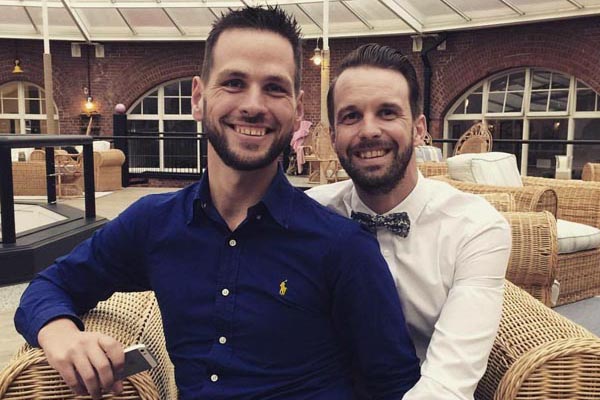 According to a recent report published by ILGA (International Lesbian, Gay, Bisexual, Trans and Intersex Association), there are still 72 Countries across the globe where being LGBT+ is against the law.

Matthew says he chose to complete this challenge on the weekend of April 13 – 15 for a specific reason. “During the middle week in April, England will be hosting the Commonwealth Heads of Government meeting. Shockingly, out of 52 states, being LGBT+ remains a criminal offence in 36 of them. I couldn’t imagine being told that I am not allowed to be me or that I couldn’t be with the person I loved just because I am Gay. We are writing to Theresa May and HM The Queen, to urge them to raise equality issues and to bring these discussions to the table. We are sending love to the LGBT+ communities in each of these Countries and letting them know that we stand in solidarity with them.”

Yve White, also a trustee of Pride, said: “I will be supporting the team with tea stops, blister plasters and also looking after their Dog Sulley who wouldn’t be able to complete all 72 miles. Our Prides theme this year is #IOWnMyDestiny. This is about recognising the rights we have won over the years but also recognising that the fight isn’t over for many places in the world. There are still far too many places where people are not comfortably in control of their own destiny, just because of who they are or who they love. We will be writing messages of support to activists in each of these countries and letting them know that the UK will do everything they can to help them and that there is an expectation on our Government to raise these important discussions.”

For more information about Isle of Wight Pride, click here: