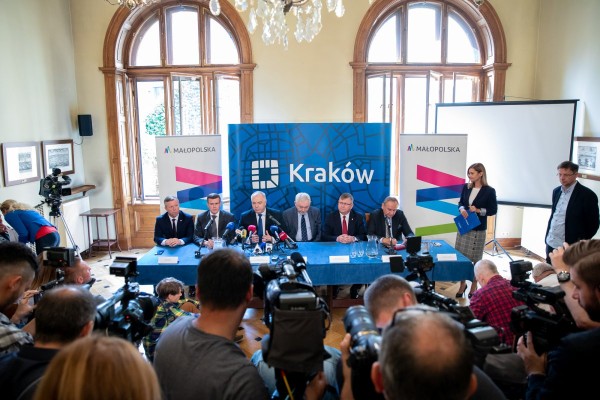 European politicians have criticised the Olympics committee over the decision to let Kraków, Poland host the third international European Games after the city has become one of the country’s so called ‘LGBTQ+ free zones’. Liz Barker, a member of Britain’s House of Lords and the all-party parliamentary group on global LGBTQ+ rights, told Reuters: “The European Games is an Olympic event and as such it should uphold the values of excellence, respect and friendship” and argued Kraków was not fit to host the games considering local authority’s stance on the LGBTQ+ community.

Barker’s view is also shared by Terry Reintke and Marc Angel, who co-chair the European Parliament’s LGBTQ+ Intergroup and said the Olympic committee should be more considerate of the LGBTQ+ community. Kraków is located in the Małopolska region of Poland which is one of 100 areas to have signed a pledge promising to ‘oppose acts of tolerance’ towards the LGBTQ+ community. Although it was confirmed last year that the Polish city would be hosting the games, the rise in LGBTQ+ zones began in 2020 after the re-election of anti-queer president Andrzej Duda.

Many have condemned Poland’s LGBTQ+ free zones including head of the European Commission Ursula von der Leyen and US presidential candidate Joe Biden, plus a further 350,000 who signed a petition calling for the EU to take greater action to protect LGBTQ+ Poles. Despite this, the number of LGBTQ+ free zones has continued to grow and recently an anti-LGBTQ+ education minister was appointed.