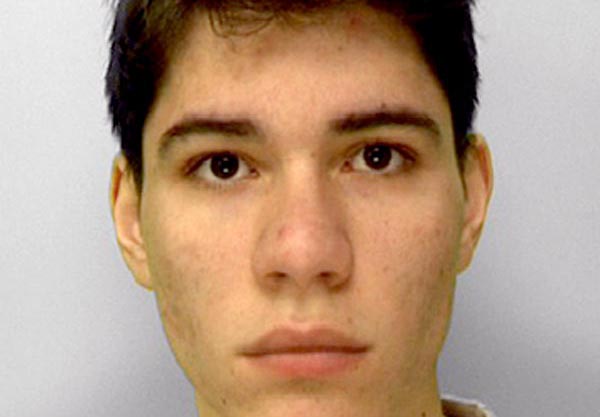 After a two week trial at Lewes Crown Court, on November 22, Ben Bamford was found guilty of the murder of Paul Jefferies in Mayfield, East Sussex on February 23, 2016.

Mr Jefferies, 52, worked in London as a senior civil servant for Her Majesty’s Revenue and Customs (HMRC) advising the government on tax policy. He lived alone in his Mayfield cottage having moved to Sussex in 2010. He was described as “private but diligent” and a “hard-working person.”

Police believe Bamford went to see Mr Jefferies with the intention of exploiting him for money to pay off a drugs debt that was due for payment.

Police officers went to a home in Coggins Mill Lane, Mayfield, at 6.15pm on February 25, 2016 after receiving a call from an employer who expressed concern for the welfare of a member of their staff who lived there. They found the body of Paul Jefferies covered with a towel in the kitchen of the cottage. He had significant head and neck injuries. There were signs of a struggle throughout the property but no forced entry.

Mr Jefferies had been killed in a prolonged brutal attack two days before, on Tuesday, February 23 after which the suspect locked the door of the cottage and fled taking Mr Jefferies’ car keys and grey Audi TT from his driveway.

On Saturday, February 27 a 17-year-old boy handed himself him into Eastbourne police station accompanied by his mother, stating he been involved in a fight at an address in Mayfield. The boy, Ben Bamford who is now eighteen of South Street, Crowborough, was arrested on suspicion of murder and taken into custody.

Investigations carried out by detectives established that Bamford was a drug user and had a £400 drug debt, which he was being pressured to pay. Bamford told police he had met Mr Jefferies on the mobile gay dating app Grindr. They had arranged to meet on three occasions – the last being on February 23. Previously they had engaged in oral sex.

On the fatal night when Bamford arranged to meet Mr Jefferies, his mobile phone connected automatically to the internet router at Mr Jefferies home. Investigators found that the connection lasted from 9.34pm to 10.57pm by which time Mr Jefferies was dead.

Bamford claimed to police that Mr Jefferies had sex with him but he did not like it and told him to stop. He said that when he tried to leave he found the door locked and a scuffle ensued and he stabbed Mr Jefferies using three knives and candlesticks, inflicting more than 40 injuries, including a slash to his throat.

A forensic examination found the weapons and a glass broken into 49 pieces on the double bed. A horizontal cut was also seen on a pillow case on the bed.

Following house-to-house enquiries, a neighbour told police that they had heard the sound of wheels spinning on the gravel as a car pulled off the shared driveway. Police established that this was Bamford fleeing from the scene after stealing his victim’s car, to meet up with two friends to help him get to hospital, as he had suffered a serious injury to his hand during the fight.

He told hospital staff he had self-harmed but police believe the injuries were caused during the attack. Just a few hours after the attack he was transferred to the Queen Victoria Hospital, East Grinstead, for surgery.

Ben Bamford was charged with murder on March 1 and his trial started at Lewes Crown Court on November 7.

During the two-week trial Bamford said he had met up with Mr Jefferies in the hope he would help him pay off his debt. Beforehand he had taken Valium and smoked cannabis.

He said that they went up to the bedroom where they had sex. However, he claimed when he told Mr Jefferies to stop he carried on, so he told him he needed the toilet. Bamford said he went downstairs to get away but found the door locked. He left his clothes and phone upstairs and knew he would have to go back up. So he took a knife from the kitchen and stabbed Mr Jefferies.

He denied plotting to attack him and said he had not properly known what he was doing at the time.

After receiving hospital treatment for his injury, Bamford rowed with his mother and told her: “I think the man is dead. I stabbed him.” She persuaded him to hand himself into police where he admitted killing Mr Jefferies but denied murder claiming he was trying to protect himself.

On November 22 a jury found him guilty of murder.

Adrian Cooper, deputy director of specialist personal tax at HMRC who worked with Mr Jefferies, said: “Paul was a highly valued colleague and friend. While he was private and reserved he was also a warm and humorous man, kind, thoughtful, professional and dedicated to public service.

“He will be sadly missed and fondly remembered by all who worked with him.”

Detective Chief Inspector Tanya Jones, who led the investigation for Surrey and Sussex Major Crime Team, said: “This was a horrific attack by a teenage boy who preyed on his victim with the aim of exploiting him for money.

“The level of violence he inflicted on Paul Jefferies was extreme and then he fled the scene in his victim’s car. He showed no remorse smirking for a selfie photo just hours later.

Although this can never undo what he has done, I hope it will bring some justice for Paul’s family, friends and colleagues.”

Bamford was sentenced to life imprisonment when he appeared at Lewes Crown Court on Wednesday November 23. The judge ruled he will serve a minimum of 16 years before he can apply for parole.