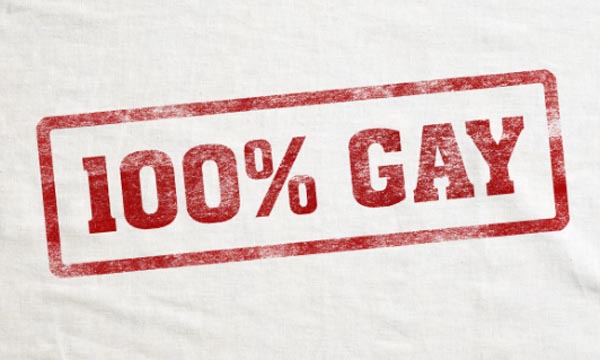 TODAY, the world’s first and only ‘gay’ object – a sweater knitted from the donated hair of more than 100 LGBT people – maked its debut during Toronto Fashion Week.

Appearing ahead of this summer’s upcoming Pride Week celebrations in Toronto, New York, San Francisco and London, The Gay Sweater was created to make people everywhere understand that it is incorrect and offensive to use language like “that’s so gay” to negatively describe something. #TheGaySweater also aims to raise awareness of the detrimental effects that such misuse of the word gay has on LGBT youth.

The project is an initiative of the Canadian Centre for Gender and Sexual Diversity (CCGSD). The centre intersectionally promotes diversity in gender identity, gender expression, and romantic and/or sexual orientation in all its forms on a national level through services in the areas of education, health, and advocacy. As a leader in anti-discrimination work, CCGSD runs programming all over Canada and the United States, reaching 250,000 people annually. The CCGSD is also a proud leader in the International Day of Pink (DayOfPink.org) engaging millions of people in wearing pink and running programmes that stand up to bullying.

Jeremy Dias, director of the CCGSD, said: “The idea for the sweater was born from a desire to educate and encourage everyone to use ‘gay’ the correct way.”

“We want the conversation that surrounds the gay sweater to inspire those who are using ‘gay’ in a detrimental way to both realize the negative impact their words and actions are having and change their behaviour.”

Along with the sweater, a short film at thegaysweater.ccgsd-ccdgs.org gives voice to youth who have been impacted by the derogatory use of the word ‘gay’ and showcases the process that went into creating the one-of-a-kind sweater.

Using the sweater and the film, the CCGSD is hoping to start a much-needed conversation that encourages everyone to think before they use hurtful words like ‘gay’ in a negative way. Readers can follow that conversation and all sweater-related content on the website and by searching the hashtag #TheGaySweater.