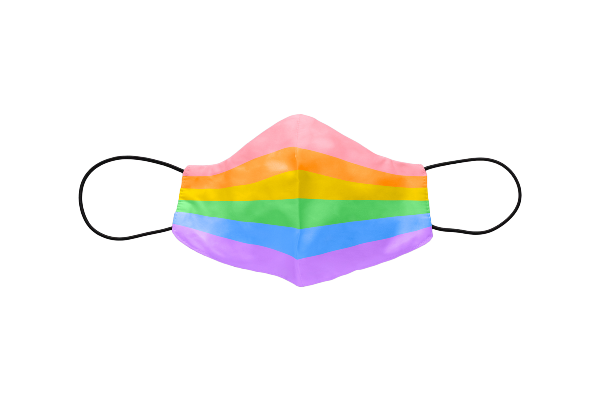 A crucial Health & Inclusion Project by Switchboard has just been released. Jaq Bayles looks into the results

Brighton & Hove Switchboard has conducted a major survey into the impact of Covid-19 on LGBTQ+ people in Brighton & Hove, revealing high levels of depression and isolation, along with drug and alcohol issues.

But it also showed a great deal of resilience and support within the community, highlighting how important peer groups and safe spaces are for people who already face inequalities in wider society.

Jane Woodhull, Switchboard’s LGBTQ+ engagement officer, is the architect of the Health & Inclusion Report, and says the stories of some of the 595 respondents to the 26 questions posed often made for tough reading.

“I asked a lot of open questions encouraging narrative and what I got was loads of people’s stories, which was hard reading sometimes, but what’s depressing is actually that we’ve got this data nationally. I guess it only said what we knew already, so the critical thing for me now is to translate that into some kind of action or influence.

“It has to have an impact, and if you think that this is the case in Brighton where theoretically we are the European gay capital, can you imagine what life is like for a young person in mid-Wales?”

The main findings of the report are:

• 60% of those under 24 and 40% of trans and/or non-binary people were living in an unsafe living situation;

But, on the plus side:

Switchboard was commissioned by Brighton & Hove City Council and Brighton & Hove Clinical Commissioning Group (CCG) to explore the impact of the pandemic on LGBTQ+ communities in order to inform and influence priorities in the ‘recovery period’ and the survey was followed by focus groups exploring issues more in-depth.

These revealed that the main areas needing action were:

• Access to improved healthcare for trans and/ or non-binary people;

The priority now is to address the concerns presented by the report and try to find ways of responding positively to the needs that have become apparent, and Jane is presenting the report to councillors, commissioners, service users and engagement groups on August 5, hoping some action will follow on.

“I am also going to organise some events with commissioners and Brighton & Hove City Council and invite people from LGBTQ+ communities to come to discuss the issues in more detail and jointly find solutions.” She is looking for members of LGBTQ+ communities to help with this and asking people to contact her if they are interested in taking part. She is aware there are going to be “no quick fixes”.

An early response to the report came from Jane Lodge, associate director of public involvement at Sussex Clinical Commissioning Groups: “The impact of Covid-19 on the mental health of members of LGBTQ+ communities, as outlined by this excellent report, is stark.

We will be working in partnership with LGBTQ+ voluntary and community sector organisations and providers of mental health services to ensure they are aware of, and act on, this report. We will also continue to liaise with Switchboard to continue to understand experience, and to develop and maintain effective ways to support the mental health and wider wellbeing needs of these communities.”

From Jane Woodhull’s point of view, housing is a main priority, and probably the one that will be toughest to tackle: “The impact of Covid put a lot of, particularly young, people back into transphobic, biphobic or homophobic homes.

They were back in the closet, so some of the narrative, the experiences that young people in particular have had is really sad and we know that people within LGBTQ in social housing often stay in the closet, hide away in their bedrooms because there’s a workman coming in or whatever. So housing is a big issue.

“I want to raise awareness and perhaps do a housing conference. If you look at Tonic housing in London, it’s got the first LGBTQ older people’s home, so maybe we could get some learning from there. But the housing department is so overwrought at the moment I suspect it will be really difficult to engage them because they are just snowed under.” Trans health was another area that was highlighted. “Across the demographic, whoever people were in the communities, concern was raised for trans people, particularly with the press and all the anti-trans stuff that’s around at the moment. A lot of people were saying ‘I’m really worried about the trans/non-binary community’.”

Mental health too was, unsurprisingly, a key concern, even when it comes to in-patient facilities. Jane recounts the story of one trans respondent who explained that they had to be sent to a mental health hospital miles away “because it was the only one that had dual-gender toilets and obviously they were with other seriously ill people who were transphobic”.

“So it’s about winning people’s hearts and minds and telling stories,” says Jane. “People are very willing to listen to what we’ve got to say and some of the stats are undeniable and are backed up by other studies. There’s so much compelling evidence.”

One perhaps surprising revelation from the survey is that only 8% of respondents had contacted an LGBTQ+ charity for help during the pandemic. Many people worried the charities were needed for those worse off than themselves, or did not know about them. This leads Jane to think any assumption that everyone sees themselves as part of the LGBTQ+ communities isn’t really the case, and there’s a need for more safe spaces – such as the new Ledward Centre – where people can congregate with their peers.

But to get a deeper understanding of what is really needed, Jane is a fan of the experiencebased approach, citing the example of putting professionals and potential service users together to discuss the issues.

“A good example is that I worked with quite a bolshy member of staff for who everything was problematic, but from that meeting she suddenly said why don’t I give up half my office for people to go to when they’ve had a diagnosis? So when you get people working in partnership rather than saying ‘this is what needs to be done’, that’s where I want to come from – getting people together to problem solve.”

But it’s worth remembering the positives that the report has revealed too, and Switchboard chief executive Jacob Bayliss highlights that element: “Brighton & Hove has one of the largest LGBTQ+ populations in Europe. For many of those who live and work here this is a point of pride. As a city we often lead the way when it comes to improving outcomes for these communities – despite this we still find stark inequalities that need urgent attention. Among all of the challenges, we came away from our consultation feeling inspired by the overwhelming evidence that our community is kind and resilient, and brimming with creative solutions to difficult problems. We have a once-in-a-lifetime chance to emerge stronger from the pandemic and as we start to shape our city for the future, this report gives us a way to advocate for LGBTQ+ people in that future.”