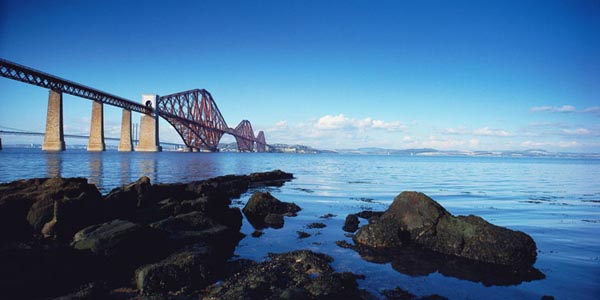 A new report by the Equality Network, Scotland’s lesbian, gay, bisexual, transgender and intersex (LGBTI) equality and human rights charity highlights the opportunities of marketing Scotland to the world as an LGBT friendly travel destination.

The research behind the report was conducted in partnership with Visit Scotland, the national tourism organisation.

‘Wish you were here – The Scottish LGBT Travel Report’ is the first report of its kind in Scotland to look at the views and needs of LGBT travellers to Scotland, the report author hopes the research will help the tourism industry better meet the needs of LGBT tourists.

The report shows that despite 77% saying that they consider Scotland an LGBT Friendly destination, only 3% said Scotland comes to mind first when thinking about LGBT destinations around the world, demonstrating the need to do more to promote Scotland as an LGBT travel destination.

The report includes a number of significant findings:

Scott Cuthbertson, from the Equality Network, said: “Scotland has all the ingredients of a world-class LGBT friendly travel destination, a favourable legal landscape, great places to visit and the friendliest people in the world, its time to make more of that and send out a warm welcome to LGBT travellers.

The tourism industry is worth millions to the Scottish economy every year, other destinations are already actively targeting the LGBT market, there is every reason for Scotland to do the same, creating jobs and supporting equality at the same time. It’s a win win scenario for Scotland.”

As a result of the research the Equality Network has made a number of recommendations, including that Scotland should do more to explicitly market itself to LGBT travellers and that more should be done to take advantage of new same-sex marriage laws promoting Scotland as a destination for marriages.

The charity has also announced that it has started work to develop an LGBT travel guide which will be launched next year and distributed in core markets. The aim of the guide to encourage more LGBT tourists to visit Scotland.

Visit Scotland has used the research to launch a special LGBT portal on visitscotland.com to better support the needs of LGBT travellers.

Adam Groffman, who runs travelsofadam.com, a berlin based gay travel blogger, said: “Scotland is a diverse and friendly country, with a lot to offer for every type of tourist. When visiting Scotland over the past few years, I’ve found the country and the people very welcoming and comfortable. I just love the culture which keeps me coming back – there’s always something more to see and do. As a gay traveller, the country has such a diverse offering: nightlife, the amazing Edinburgh festivals, beautiful countryside, museums and castles. Scotland has so much to offer LGBT tourists”