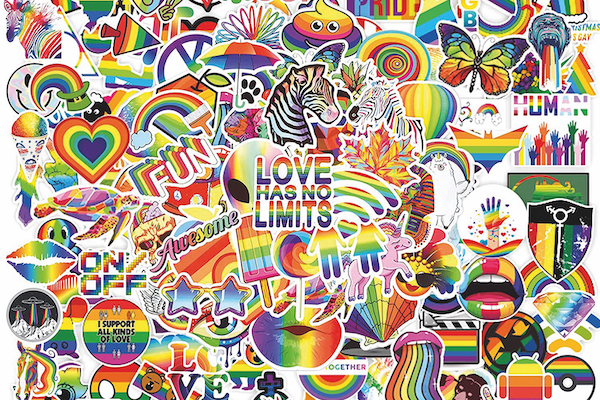 I’ve often felt that progress for LGBTQ+ communities does rely upon the behaviours of our allies from the heteronormative tradition. As irritating as this may be to our emotional selves, minorities only progress when parts of the majority begin to listen and speak on our behalf. What is most surprising and perhaps unfairly so, is where the support has come from in 2021.

Most recently Euro 2020, delayed and played in 2021, is remembered for the violence which marred the pre-final festivities across London and most notably Wembley Stadium. But I will remember last summer’s football tournament for the pro-LGBTQ+ stance taken by heterosexual male football players from across the continent.

Some of the most vehemently anti-LGBTQ+ governments are geographically centred in and around the continent of Europe. Sporting teams and sporting presence is featured in international events from these countries run by authoritarian regimes who take great pride in introducing archaic legislation that the 1950s would be ashamed of.

Imprisoning those perceived to be gays and lesbians, refusing to acknowledge the existence of trans people, and ensuring the disappearance of those who have dared to be different. Hungary is one of these countries led by the aggressively backward Viktor Orbán, and the national football team of said country was beset with a range of positive statements from male heterosexual players and European teams that challenged anti-LGBTQ+ rhetoric.

German captain Manuel Neuer, vocal throughout with his pro LGBTQ+ stance, our own captain Harry Kane wore a rainbow flag on his arm as he ran onto the field, and although UEFA (boo hiss) refused to allow a Munich Stadium to be illuminated in rainbow colours, while Hungary played inside it, the whole of Germany responded by illuminating every sizeable building it could find, including telecommunication masts, railway stations as well as alternative sporting buildings, in rainbow flags as the game in question played out. Boris? Now that’s what you call a libertarian democracy.

Internationally renowned motorsports superstar and repeated world champion Lewis Hamilton delivered a damning indictment on anti-LGBTQ+ legislation across the Middle East during the Formula One championship in the United Arab Emirates. He even wore a helmet adorned with rainbow colours, and if that subtle messaging wasn’t enough he was openly critical of middle eastern regimes which oppress LGBTQ+ communities.

Living in Brighton or swanning around London with our pink wine in a plastic glass, it may not feel as such, but we are minorities, there are parts of the United Kingdom where I dare not go for fear of standing out a little too much.

This sporting magnificence, at the height of their career, had nothing to gain from supporting us in this way. We are no longer trendy, I certainly feel that we are not the current box to tick, I see no reason why these individuals are supporting us for any other explanation other than they know that it is right. Our humanity equals their humanity. We know it, they know it and they have taken a decision to shine a light upon the plight of others who do not necessarily have the platform they do. We thank them.

As a gay man of an age, I am not ashamed to say there is something emotionally satisfying by the support of the LGBTQ+ cause by straight men. You could possibly write a thesis linked to the above sentence and the patriarchy, but I don’t care. I found the gestures, no they were not gestures they were statements of support, to be overwhelmingly supportive and culturally significant.

When Harry Kane ran onto that football pitch with a rainbow around his bicep, and Lewis Hamilton stuck a rainbow sticker on his helmet, I mattered.

I was also consumed with pride. Pride in belonging to a movement, pride in belonging to a journey of progression that has led to this. I am one of thousands who has helped develop a cultural shift that results in a heterosexual male sporting superstar promote equality and fairness for LGBTQ+ communities across the world.

The action of these sports people tells us that our work is working. The decades of writing, shouting, marching, posting, sitting, is changing how the next generations think and now speak. If you are reading this, and you are an 80-year-old former activist, you stuck that sticker on Lewis Hamilton’s helmet. If you’re a 50/60-something who kept faith in the 1980s and attended vigil after vigil amidst the smell and pain of death, you have wrapped the arm band around Harry Kane’s bicep. You know who you are. We know who we are. I know who I am.

There will have been years when progress felt slow, non-existent and our actions exhausting. There have been days in recent times when in this country it has felt as though developments were beginning to roll backwards. It is vital for our hope and sanity to survive to take these moments of pride and progress, and to thank ourselves and those around us or in far-off lands who have contributed to today.

And lest we forget while essential, it is not all about the straight support. You, me, we are the reason Tom Daley has the strength to compete in international competition as an out and proud gay man. Do not underestimate the power of his words at the post competition press conference at the Tokyo Olympics last summer. He knew exactly what he was doing when sat in between the bronze and silver competitors from China and Russia, he spoke of his sexuality and how proud he was to be a gay gold medallist. He is to be congratulated for that moment. We all are.

Keep the heat on. It’s working.