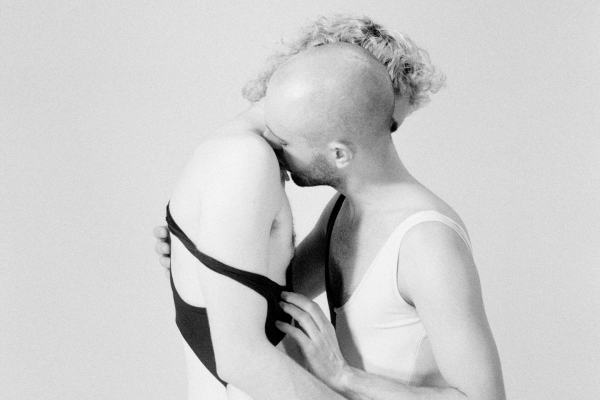 Tom Selmon talks about his new visual collaboration, Sensored, and how he came to create the project.

Sensored, which was released on September 1, is 112 pages of artwork, written stories and photography dedicated to sex in all its glorious diversity and available only in printed format to invite the gaze to linger.

“It’s essentially one big reaction to how much censorship is happening nowadays,” says Tom, who is Scene’s art director. “It’s my way of getting control of imagery again – I think imagery should be appreciated properly. This Instagram culture of looking at an image for two seconds and then moving on was really starting to frustrate me as a photographer. I wanted to bring back a sense of slowing down and enjoying imagery in print again.”

There was no single moment that defined his decision to launch the project, rather the constant bombardment of “you’ve gone against our community guidelines” popping up his Instagram.

“Sometimes it wasn’t even that explicit an image, but the computer had recognised it as, say, a hand gesture that was potentially sexual. Let’s say someone was putting their hand in their underwear, which is not actually explicit, they would still censor it down, so it was really frustrating.”

With complete control of his own work, Tom wasn’t restricted by other publishers’ guidelines and could set the tone and choose the featured works himself. “I wanted the tone to be quite fun and flirtatious. I want people to go into it and be lost in story after story, whether that’s with writing or with imagery.”

To give an example, one contributor has written about an acid trip at the Whole Festival in Berlin, which Tom describes as “real” but “fun to read about”, while he himself has contributed a piece “exploring gay sex but not through penetration, breaking the stigma of top and bottom and all that comes with it”.

There are 10 contributors in all, some of whom have done original work for Sensored and some whose work has been selected from an existing body, and they come from all over the world – including South Africa, Taiwan and Germany.

“I’m not trying to angle it as a queer magazine, more as ‘everyone’s welcome’,” says Tom of the contributors. “I don’t care as long as your imagery is good. I’m happy to have straight sex in there. I wanted it to not be boxed into one type of thing.”

Sensory Magazine is having its second release on the 4th of November. You can pre-order it now here