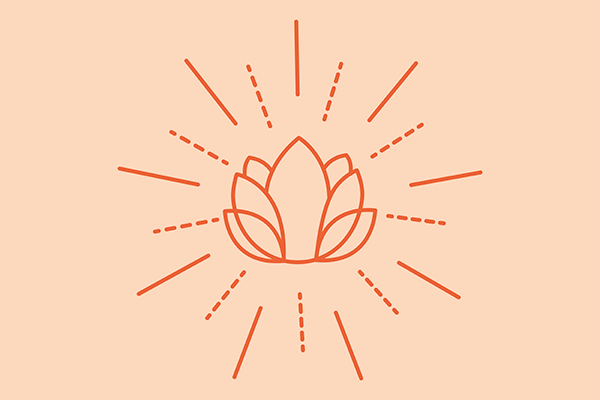 The group came on the back of an existing GBTQ+ Group for men, which was previously led by Amalabandhu, who now works with the new group. He explains the evolution of the two.

“The GBT Group started because, as a gay man and having friends, it was an opportunity to meet at the Buddhist Centre and practice together and talk about Buddhism and create a safe space to do that.

“As time went by, I was noticing that some people were saying that’s quite binary and how about doing something more inclusive. About a year ago I was having coffee with a friend who is more gender fluid, non-binary identifying, and I said ‘how about we start a new group?’, which we did, acknowledging that the other group was binary and we needed something more inclusive.”

While there is nothing in the teachings of the Buddha that “segregates or discriminates or would indicate that people were not welcome, so as a path and spiritual practice it is absolutely inclusive”, Amalabandhu recognises that not everybody necessarily knows that. So the point of the groups was to invite people in so they could then experience the wider Buddhist community.

GSDG was initially run as on online meeting due to the pandemic, and now meets both in person at the Centre in Tichborne Street and online. Since its February 2021 inception around 85 people have joined the mailing list.

And Amalabandhu says he has personally learned a lot from the group. “One of the things I’ve noticed and really appreciated is that it tends to be a younger population that are drawn to it, possibly because the language has changed.

“Younger people are using language that’s evolving. For example, my generation struggled with the word ‘queer’ and now that’s something that people are using, and I’ve become more comfortable with it and quite enjoy it as a term because it feels like it’s all-embracing. I’m learning a lot [from the group]. I’m learning a lot about people, about differences and diversity. It’s lovely to meet amazing people.

“Ever since we stated the group, for the first few months we introduced people [as they joined] and they told their life stories, what they’d been through to get to that point, and it’s very moving to be able to tell those life stories and
be heard by people who are very receptive and appreciate that safe space.”

There has been much talk of the effects the pandemic has had on people’s mental and physical health, so was there a correlation between that and the interest in meditation?

Amalabandhu says: “The pandemic has had an impact for us in different ways and I think one of those has been to look at what’s out there in terms of what supports people’s wellbeing.

“It can be that people are interested in Buddhist meditation from a secular perspective. They know that mindfulness practice and meditation have a positive effect on mental health, and it can be that people have a curiosity about Buddhism that maybe has been sitting with them for some time but the pandemic has brought things forward.

“People are seeking things out because they may be struggling with their mental health, or they want connection and these meetings are very much about enabling people to have connection and support when they might feel quite isolated and disconnected from a spiritual community or like-minded people.”

As to what benefits Buddhist meditation can offer, it is calming and develops awareness of mindfulness, which Amalabandhu says has positive effects on both cognitive and physical wellbeing, as ”mindfulness is very much related to physical health”.

Alongside meditation classes, the Brighton Buddhist Centre offers a range of related services, such as yoga and study groups.

The Brighton Buddhist Centre is part of the Triratna Buddhist community, which was started in the UK in 1967 but draws from different and ancient traditions.

Amalabandhu explains: “Our practice is very much focused on the altruistic – transforming self and the world. It’s about our own evolution and transformation but also about supporting the world around us. We are not monastic, we are ordained but we are in the world, in the community. We have regular jobs, regular families, regular lifestyles.”

Features Gay soldier in Ukraine: “If I am captured, they will torture me”