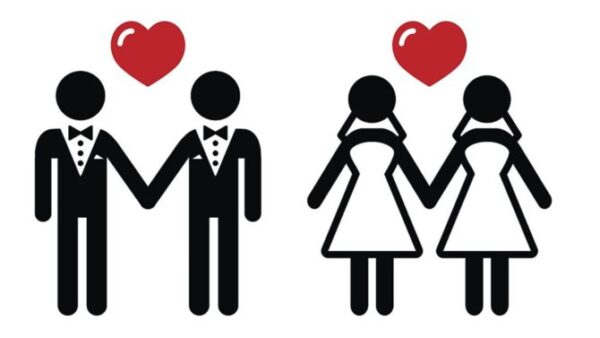 In 2020, the number of civil partnerships in England and Wales saw its biggest yearly drop (21%) in 17 years.

Since the introduction of same-sex marriage in the UK in March 2014, more couples are deciding to tie the knot with vows instead – with 6,925 marriages recorded in 2018. Additionally, a further 803 same-sex couples converted their civil partnership into a marriage.

It’s expected that the number of weddings – for all couples – will experience a post-pandemic boost in the coming months. In anticipation of this, family law experts are highlighting the importance of pre-nups before converting civil partnerships to marriage, building an extra layer of security into the commitment.

Civil partnership specialists, Rayden Solicitors, gathered the most recent ONS data to uncover trends and find the areas in the UK that still favour civil partnerships.

Where civil partnerships are still popular

The number in the capital was nearly eight times more than in the next most popular location – Brighton (34). Next on the list come Greater Manchester (26), Kent (20) and Devon (18).

For heterosexual couples, London still proved to be a popular destination with 1,579 civil partnerships taking place in 2020, followed by Hertfordshire (217), Devon (215) and Hampshire (207).

“A small difference is that you end a civil partnership with a dissolution rather than a divorce, and adultery cannot be used as evidence. And, of course, there’s no religious aspect to civil partnership.

“This religious facet could be why some same-sex couples are now opting for marriage instead, or perhaps they want to exchange vows? For others, it could be important, symbolically, that they can now marry, just as a straight couple always could.

“Whatever a couple’s particular reasons for choosing – or choosing not to – marry, their ability to choose is the most important thing.”