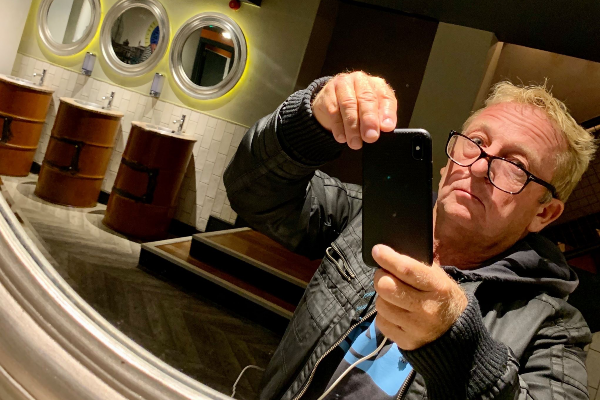 Billy Short brings Gscene an exclusive peep into his ‘Lockdown diaries’
Bars and stuff.
When Boris Johnson announced that the pubs and clubs were to close immediately it was a Friday, and he urged people to simply stop going, and not to take the opportunity for that one last night out. Quite right too, as it’s human contact in enclosed spaces that will spread this virus faster. Many pubs were then busy that evening and the next day those drinkers were blamed and shamed as being part of the problem we now face.
I didn’t go out myself, but part of me wanted to.
I didn’t actually want to go out to get pissed ‘one last time’. I wanted instead to say goodbye to friends, and to the bar staff of places I take for granted. I wanted to be there for a last night which marks the end of an era we may never see again. Some of those pubs and bars will not re-open.
Too late now.

A lot of my friends say the age of the gay bar is over – simply because we LBGTQI+ types can go anywhere now. The ones saying that are usually in cosy couples of course. And we do live in Brighton and Hove, which is like a bubblebath for queers.
Up until last week, my friends would say to me: “let’s meet up” – and then we’d toss up restaurants versus pubs as a place to gather and gossip. I was the one who’d usually suggest a gay place, mostly because I’m the one who is still single. And that’s not because I want to meet someone new or to cop off. It’s just that I’m now of an age when my gay life only happens in gay bars. We don’t go there just to drink or to watch the weekly drag act. We go there to re-affirm our gay identity.
I used to say to my mates: If the world was going to end tomorrow, where would you go for the last half hour? Brighton Pier? Harrods? Waitrose? Brighton Library? Duke’s Mound? Beachy Head? The boys would often claim they’d head somewhere private for a shag, so that they’d be together – and of course that misses the point. My own curious choice was Bar Broadway. It’s curious because I never go there. Way too gay for me. Full of poofs and show tunes.
I’m now stuck at home alone, in lock down and the show tunes on youtube mean nothing to me.  My social life, gay or straight, has shrunk to the point where I’m excited when the phone rings. It’s not that I went to bars a lot, gay or straight. It’s more that sometimes I might be out to dinner with friends, or else we might meet for the cinema or theatre. All that has gone. We can’t even meet for coffee any more.

My visits to gay bars were already down to once every ten days or so, but I’m now thinking with some nostalgia of how we at least had the choice between the Queens Arms and The Marlborough (two very different places), and then there was Charles St or R Bar. If we got really drunk then we might end up at the Bulldog, or more usually in Legends. By that time of night, I was a proper gay again. I was so gay I might even watch porn when I got home.
My old friend Dame Peggy, god rest his soul, used to say that the gay bar was like the extension of your own front room. And in his era it was. Even when gays bars still had curtains at the windows and those closed front doors you’d have to negotiate to get in, once inside, you were in a safe environment, dear. You were ‘at home’, dear.
This was also where you might get lucky, but really it was where you got support from people just like you – just like you with a shared experience of confusion and prejudice. This was also the place to talk and learn. This was where you got to hear about the shallow issues of the day, be that drag, or gym wear, or what, darling, is the latest old music that you ‘must’ listen too. (And I still don’t get Judy Garland.)
We then had a disco era and then the bar scene community feel changed again later, all too fast, when the last pandemic came upon us. But maybe I’ll write about that next. We’re now still in the denial stage, but at some point we will have to talk again about death.

In the meantime, I’m probably writing this for myself. because I have no-one to talk to. However, I’m guessing I’m not the only one. Let’s try and help one another, even though we can’t now meet in our front room.
Stay safe people. Your one form of exercise per day should probably not include grindr. I’m really not one who tells people what to do but this time round the pandemic is socially transmitted not a sexual one. This time round the rules for us are the same as for straight people.
And the advice is to stay home.
Billy’s LockDown Diary was first published on the Gscene LGBTQ+ Community Facebook group, check it out here.