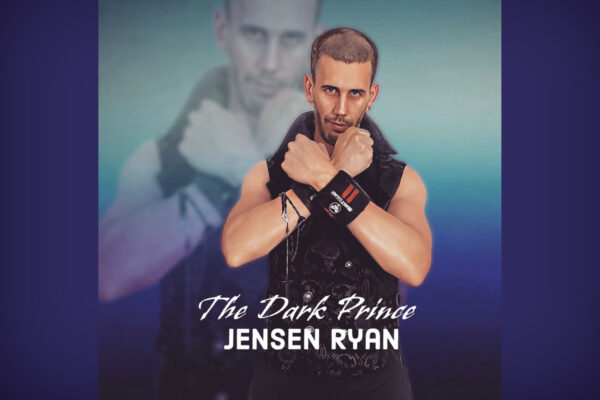 Last year I made the decision to come out as a professional wrestler. As a gay wrestler, there are so many thoughts that go through your mind. Would people see you differently? What reaction would you get? These are just a few questions that haunt you, but I knew that the only way to find out would be to take the plunge and come out.

Initially, I wanted to share my story to inspire others and spread the message that no matter who you are, you can do anything, even a contact sport like wrestling. Since sharing my story, the response has been phenomenal.

I was flooded with messages of support from around the world, the wrestling industry and beyond. It has been a positive experience, providing me with opportunities to showcase my talent in the ring. It was about creating an understanding that it’s about what you can do in the wrestling and that being gay shouldn’t be a factor.

I knew at the time that I wasn’t the only LGBTQ+ wrestler out there, but that I had a story to tell and even if it helped one person, it was worth telling.

On my way to training after the story broke, I could again feel the nerves inside me and thoughts crossing my mind about how the other wrestlers would be. But as I walked in all of them congratulated me on doing it, even emphasising that sexuality doesn’t make a difference to how they see someone and how supportive they are of the LGBTQ+ community.

The training academy I go to, Quality Wrestling, has been so supportive which only goes to show what an inclusive, brilliant academy they are.

I knew this was just the start, and I knew that whilst my experience may have been positive, this may not have been the case for other people in other sports and that raising awareness of equality is still so important.

One way of doing this would be to put on a wrestling show that would raise awareness of LGBTQ+ and equality in sport whilst raising money for charity.

Pride and Honour will be taking place on May 13 in Southampton and will be hosted by Quality Wrestling and People’s Pride Southampton, who provide events and services for the LGBTQ+ community and beyond.

It will feature a range of exciting matches and will be a family event, which will encourage everyone to come together. I will also be wrestling at the show. I am proud of being able to represent the LGBTQ+ community and excited to be able to perform on such as special event.

Reflecting on the last year, it’s been a fantastic journey and has shown me that the LGBTQ+ community does have a place in wrestling.

Features FEATURE: A Taste of the Good Life for Everyone Under the Sun