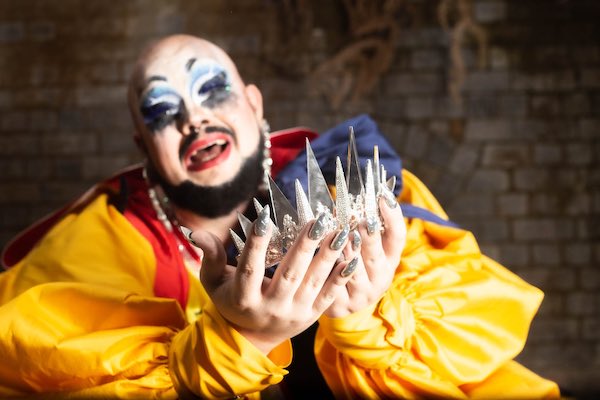 The Birmingham Museum & Art Gallery and Vivid Projects are collaborating for a second iteration of Cut, Copy, Remix, which aims to connect “members of the Black Hole Club with artists at significant development stages to make new work in response to Birmingham Museums Trust Digital Image Resource; the first collection in the UK to make all out-of-copyright artworks available for free under a Creative Commons Zero Licence”, explains the Vivid Projects website.

New work from Birmingham-based performance-maker and drag artist Fatt Butcher has been commissioned. In The Pageant of Birmingham, they will be exploring “the camp, chaotic, and downright baffling history of ’The Pageant of Birmingham 1938’. An enormously expensive city-wide performance pageant featuring a fire-breathing paper mâché dinosaur and the formation of the city of Birmingham – this timely and satirical response considers the lengths the cultural sector will go to in search of ‘civic pride’.”

The film first screened at Vivid Projects on June 3, however, it is also available online. Plus, all work made for Cut, Copy, Remix will culminate with Birmingham Museum and Art Gallery in October 2022, with events, online content, and new emerging works to be showcased.