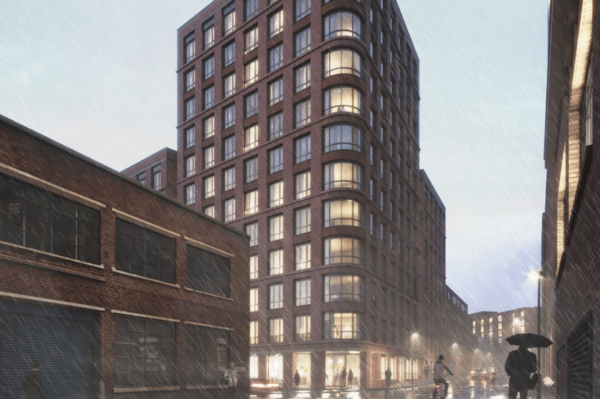 Plans for a 12-story block of multi-million-pound apartments in Birmingham’s gay village have been withdrawn after concerns regarding noise and the nightlife economy. The complex – which was the latest in a line of housing developments in the area – would have housed 133 apartments.

The plans for this new apartment block have, however, been scrapped after Birmingham City Council recommended that 53% of its windows would need sealing shut – a technique that is a common tragedy to mitigate noise. The developers of the project initially believed that only 20 flats in the building would need sealed windows (making up 15% of the units), however the council suggested that the figure would actually be 71 flats.

Since this would be detrimental to residents’ quality of life, the council planners refused the planning. The council planners were also reportedly concerned that this proposed block would create tensions with nightlife venues within the LGBTQ+ village, in particular the Nightingale Club, which is roughly 100 metres away from the proposed complex site.

Owner of the Nightingale Club, Lawrence Barton, told The Express and Star, “We welcome the development. But of course, it has to respect and accommodate the LGBTQ+ community and its night-time economy.”

Speaking to The Guardian, Birmingham Labour’s LGBTQ+ officer Lauren Rainbow explained that many people in the community are “keen to just make sure that the gay village is protected”.

“We absolutely need more housing, Birmingham has got a 50,000 shortfall in housing,” Rainbow said. “But if the balance isn’t right, then obviously, tensions do rise. From what we’ve seen elsewhere in the country, it falls on the venues and bars that end up either having temporary holds or issues with their licences.”

“This is the one space the LGBTQ+ community has where they should be able to feel safe and have venues that they can be themselves,” Rainbow added.