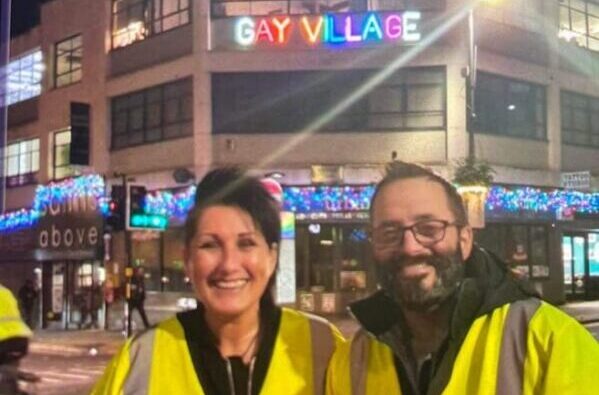 A new patrol service, Rainbow StreetWatch, will begin in Birmingham’s gay village in response to concerns over safety from those in the city’s LGBTQ+ community who frequent the Southside area of Birmingham.

Rainbow StreetWatch – a West Midlands Police initiative – is thought to be the first voluntary service of its kind in the country, and was launched in response to feedback given by the community in a survey during Birmingham Pride, say the police service. The police said that people had reported concern for their personal safety as they travelled from bar to bar in the village following several attacks in the area.

“As well as being a friendly and visible presence to make people feel safer, Rainbow StreetWatch, as they call themselves, will report things like pot holes and broken streetlights to Birmingham City Council,” a spokesperson said.

“They will report any crimes, antisocial or suspicious behaviour they see to our officers, Southside street wardens or bar security teams.”

Rainbow StreetWatch patrols will take place in and around Hurst Street, covering the LGBTQ+ village. The group are currently looking for more people to volunteer and take part, and anyone over 18 can volunteer as long as they are willing to dedicate just two hours per month to patrolling.

This initiative is part of the wider work to make this area of Birmingham safer. To find out more about Rainbow StreetWatch, including how you can help, email streetwatch@westmidlands.police.uk or follow @StreetWatchWM on Twitter.