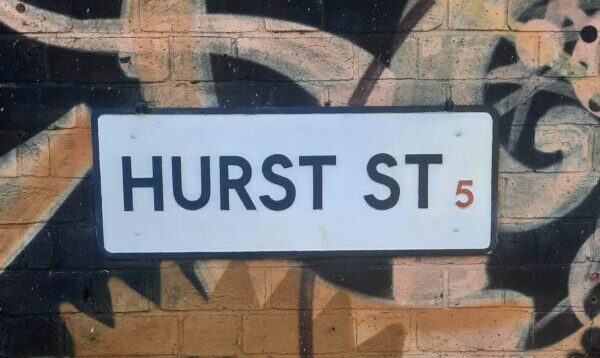 You can find heart-warming stories in the most unexpected of places.

With over 30 years of misadventures on the Birmingham gay scene, socialising and cruising bars, pubs, clubs, saunas and secluded midnight nooks, I have tales to tell of the places, predicaments and people I have been in… but most importantly the humour and humanity I have encountered… on the gay side of the UK’s much maligned second city.

Shining a light on the scene unseen

I was occupying myself by casually exchanging taps and pleasantries with local guys on… well I’ll say a ‘popular gay dating app’… but I mean Grindr, when a friendly ‘Hello’ popped up in my messages from someone 10 metres away.

I looked up to see a petite, South Asian lad beaming a wide grin at me from the other side of the central bar that dominated the core of the club. The lad turned his doe eyes bashfully to the floor. I waited the few self-conscious moments that it required for him to gather the confidence to look back up again, returned his smile, picked up my pint and walked over.

We introduced ourselves. His name was Nishant and it turned out that he was from a small town outside of Calcutta and in the UK on a three-year student visa.

Soon any hint of shyness had disappeared, and this guy showed that he loved to talk, chatting enthusiastically about his studies, future ambitions and friends, both in Birmingham and back home in India. One subject rapidly tumbling into the next in an engaging monologue, all delivered in his lyrical Indian accent. Most endearing, was the head wiggle, often referred to as the ‘Indian Nod’, that punctuated Nishant’s soliloquy, adding emphasis to key moments and marking changes of emotion, pace and tone, like a human metronome.

“Within the shadows… you can find gems in the darkroom.”

Sadly, his narrative took a melancholy downturn when he started to talk about a secret affair that he had been involved in with a man in his hometown. Things had turned sour after they had split up and the bitter ex-lover had maliciously outed Nishant to his community, bringing shame and resulting in a temporary breakdown in his relationship with his parents. Feeling he had no choice, but to get away, his studies in Birmingham not only presented new opportunities, but also respite from the scandal.

When it came time to leave for the UK, Nishant’s mother and father refused to accompany him to the airport or even say goodbye.

He had one older brother with whom he was understandably nervous of broaching the subject of his sexuality for fear of further rejection.

“I looked up to see a petite, South Asian lad beaming a wide grin at me from the other side of the central bar that dominated the core of the club.”

“I think I love your brother,” I gushed, once the story was over… and I could finally get a word in edgewise, “but hang on… TWELVE?!! Dirty boy!!!”

“What can I say,” Nishant replied, with broad grin and that characteristic wiggle of the head, “I was an early developer.”

Even in a bar notorious for anonymous cruising, casual bunk-ups and no-strings-attached fun, if you take a moment to look beyond the window dressing of slings and bars, rubber and leather you will find something else.

Within the shadows… you can find gems in the darkroom.

* Some names and details have been changed