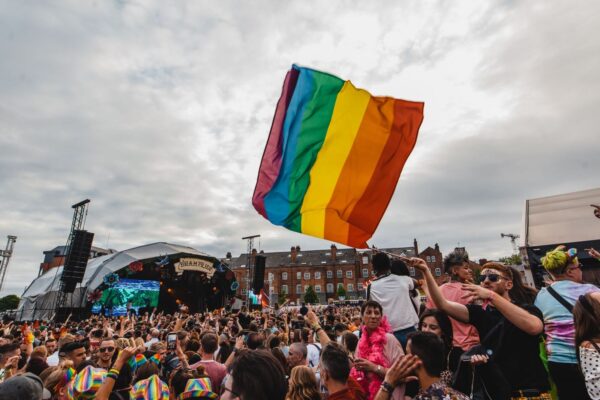 Birmingham Pride Festival – the city’s largest festival – has been housed at the Smithfield area since 2018, holding three of its events on the site, with a fourth in May 2023 also planned. A new development on this site, however, could force Birmingham Pride’s organisers to move the festival to another site outside of the city centre.

The Smithfield is a 17-hectare site, which was formerly home to Birmingham’s Wholesale Market, and it also hosted various events as part of the 2022 Commonwealth Games including the beach volleyball and the 3×3 basketball competitions.

Lendlease said its planned development will “provide the community with a new public square with space for public art activities.” Birmingham Pride organisers, however, have said that the plans will not be able to accommodate the roughly 20,000 people who attend the LGBTQ+ festival every year.

Lawrence Barton, Director of Birmingham Pride, believes that the proposal falls short of what they were originally promised, leaving a space for public art activities that will only accommodate less than a quarter of the festival’s usual footfall.

Barton told ITV News Central: “The only city-centre site that can accommodate Pride at the size it is now, is Smithfield. This development will force us out of the city centre.

“Moving it away from the gay village, for example, to Cannon Hill Park, would also withdraw all the benefits LGBTQ+ venues get from the festival, which brings thousands of visitors.”

Councillor Ian Ward, Birmingham City Council leader, added: “I’m absolutely committed to ensuring that Birmingham Pride has a long-term future in this city and I’m continually in talks with the organisers. Together we will make sure that Pride has a future here in Birmingham.

“Birmingham Pride is now the largest community festival held in this city. It’s an event that I regularly attend and enjoy and I’ve seen it grow from strength to strength. It has now grown to such a scale that it is difficult to accommodate it, but we will find a permanent solution to the challenges that Pride faces.”