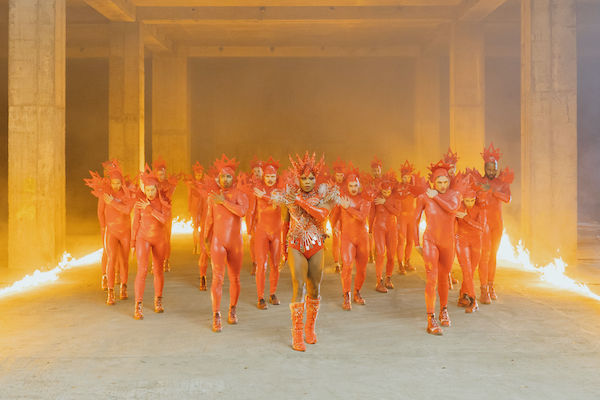 Powerhouse entertainer Todrick Hall has unveiled the blockbuster visuals for Queen – an empowering anthem about self-acceptance and unapologetically celebrating your individuality. The club-ready banger, written by Todrick, is the latest release from his 2021 album FEMULINE, which he will  tour in the UK in May before an appearance at Brighton & Hove Pride in August.

Renowned for his charismatic and high-energy performances, Todrick is a multi-disciplined modern-day entertainer and recording artist with over 800 million YouTube views to his name. He has starred in a selection of Broadway smashes, collaborated with Beyoncé, and co-executive produced the award-winning music video for Taylor Swift’s LGBTQ+ anthem You Need To Calm Down.

Todrick Hall: “Queen is a survivor anthem. It’s a statement for anyone embracing their individuality and finding power in living their truth. No matter who you are or where you come from, I believe there is an inner Queen in all of us. It’s time to let it out.

“This music video was filmed in Kyiv, Ukraine in January. It was a real honour to be able to film in some of the city’s iconic landmarks. I’ll never forget this experience. It is so heartbreaking to see what has happened in the last month. Our hearts are with the people of Ukraine. We stand with you.”

To support LGBTQ+ Ukrainians, donate to Insight which is a local LGBTQ+ organisation that provides legal, psychological, and medical support to queer and trans Ukrainians, among other forms of advocacy. In addition to connecting LGBTQ+ Ukrainians with crisis therapists, the organisation is currently collecting funds “to cover needs in shelter, relocation to safer places, food, and basic needs.”